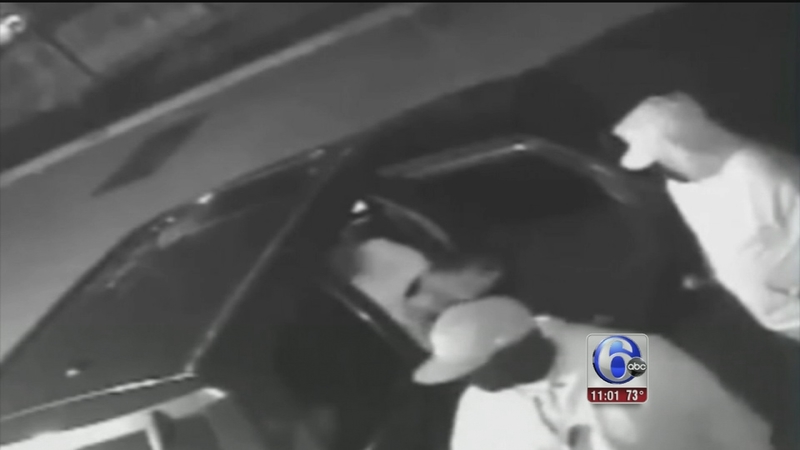 The suspects were caught on camera Monday breaking into the Broad and Grange Pharmacy in the Fernwood area of the city.

"They are going for the narcotics, the percocets, the oxycodones, anything that can get you high on the streets," said Dr. Paul Delgado.

In both burglaries, the suspects can be seen on camera dressed in disguise from head to toe. Once inside, the trio can be seen ripping off the door with a crow bar, cutting the alarm systems and breaking into the store safe using power tools.

Delgado said the thieves cased his business an hour before breaking in, spray painting the exterior surveillance camera.

"They are three individuals that are highly organized. They know exactly what they want," said Lt. Harold Llyod with the Philadelphia Police Department.

Police said the thieves have used 4 different types of vehicles, all high-end, including a Jeep Grand Cherokee SRTS.

"The wholesalers are putting pressure on the pharmacies about how much they can order, and the supply is not there. The demand's there, but the supply is not so you're going to see a lot more of these robberies," said Delgado.