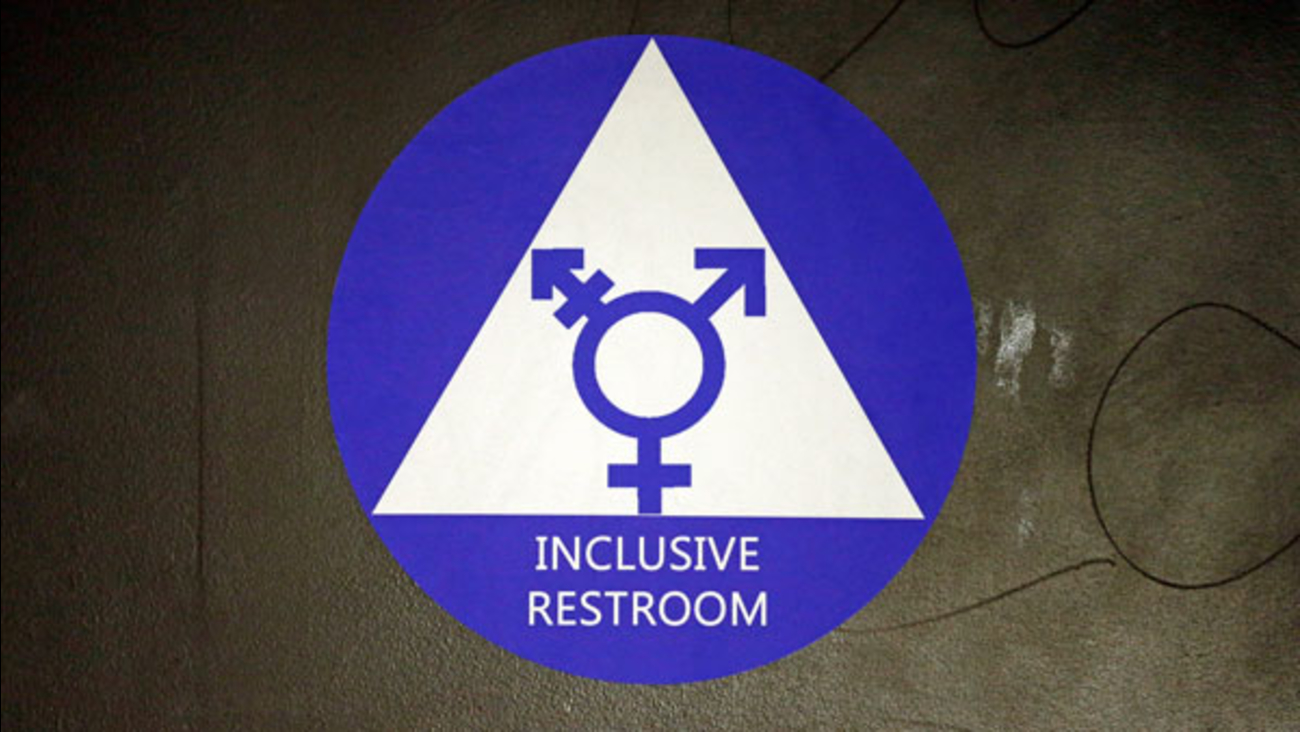 WASHINGTON -- The Trump administration is working on a new set of directives on the use of school bathrooms by transgender students, the White House said Tuesday.

The announcement alarmed LGBT groups across the country that have urged President Donald Trump to safeguard Obama-era guidelines allowing students to use school restrooms that match their gender identity, not their assigned gender at birth.

White House spokesman Sean Spicer did not provide any details on the new guidelines that are being prepared by the Justice Department, but said Trump has long held that such matters should be left to the states, not the federal government, to decide.

"I think that all you have to do is look at what the president's view has been for a long time, that this is not something the federal government should be involved in, this is a states' rights issue," Spicer said.

The Obama administration's guidance, issued last May, held that transgender students can access restrooms and participate in school athletics according with the gender they identify with. Schools were also instructed to treat students in line with their expressed gender identity without requiring any medical proof.

While the move was hailed by rights organizations, it was attacked by conservative groups, which called it federal overreach and an infringement on the personal space and safety of all other students.

A patchwork of state laws and policies on the issue is emerging.

Fifteen states have explicit protections for transgender students, and many individual school districts in other states have adopted policies that recognize students on the basis of their gender identity, said Sarah Warbelow, legal director of the Human Rights Campaign. Just one state, North Carolina, has enacted a law restricting students' bathroom access to their sex at birth. But so far this year, lawmakers in more than 10 states are considering similar legislation, according to the National Conference of State Legislators.

Vanita Gupta, who was head of the Justice Department's Civil Rights Division under President Barack Obama, blasted the Trump administration's attempt to alter the guidelines.

"To cloak this in federalism ignores the vital and historic role that federal law plays in ensuring that all children, (including LGBT students) are able to attend school free from discrimination," Gupta said in a statement.

The National Center for Transgender Equality said Tuesday that even without Obama's guidelines, federal law - called Title IX - would still prohibit discrimination against students based on their gender or sexual orientation. Still, rescinding those directives would put children in harm's way, the group said.

"Such clear action directed at children would be a brazen and shameless attack on hundreds of thousands of young Americans who must already defend themselves against schoolyard bullies, but are ill-equipped to fight bullies on the floors of their state legislatures and in the White House," NCTE said in a statement.

But Ryan Anderson, a senior research fellow with the conservative Heritage Foundation, said the Obama guidelines were unlawful because Title IX protects students based on their sex, not their gender identity. He also said that those directives violated the rights of other students, especially girls who may have suffered from sexual abuse in the past and do not want to be exposed to male anatomy. "It's understandable when a 16-year-old girl might not want an anatomical male in the shower or the locker room," Anderson said.

He said that students, parents and teachers should work out "win-win" solutions at the local level, such as equipping schools with single-occupancy restrooms or locker rooms or allowing students to access the faculty lounge.

About 150,000 youth - 0.7 percent- between the ages of 13 and 17 in the United States identify as transgender, according to a study by The Williams Institute at the UCLA School of Law.

Amber Briggle, a small business owner in Denton, Texas, said that it is vital to allow transgender children like her 9-year-old son Max to feel safe and comfortable when going to the bathroom at school.

"It's heartbreaking," Briggle said by phone. "If a child's basic needs cannot be met, if he cannot empty his bladder .... then our schools are failing our kids, they are not doing their job."

But another parent disagreed.

In Jefferson City, Missouri, Alissa Johnson, a volunteer with the Christian group Concerned Women for America, said that her 17-year-old son and 10-year-old daughter would be "horrified" to share school bathrooms.

"I don't believe that tolerance means that we have to give up our rights or our freedoms for another group," said Johnson. "To be compassionate, let's accommodate."