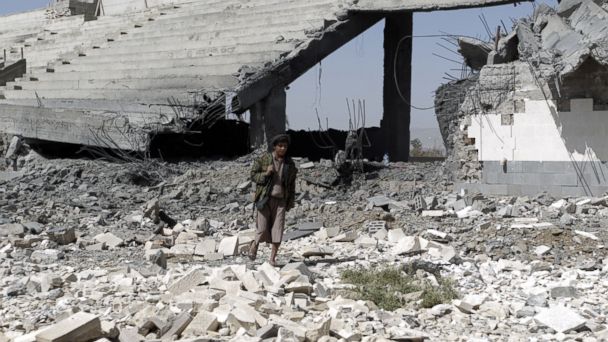 The White House said today that two U.S. citizens in Yemen who had reportedly been detained since early this year by rebels who overthrew the country's government have been released.

In a statement from the National Security Council, spokesman Ned Price thanked the government of Oman for helping facilitate the release of the two Americans, though it did not identify them by name.

"Since we first learned of their detention, the United States Government has been in regular contact with their families and representatives and, in coordination with our international partners, we have worked tirelessly to secure their release," Price said in the statement.

The two Americans were met in Oman by the U.S. ambassador to Muscat, and their families have been informed of their release, the statement said.

In a statement from the CEO of Transoceanic Gregory Rusovich, one of the Americans freed is identified as Scott Darden, an employee of the company.