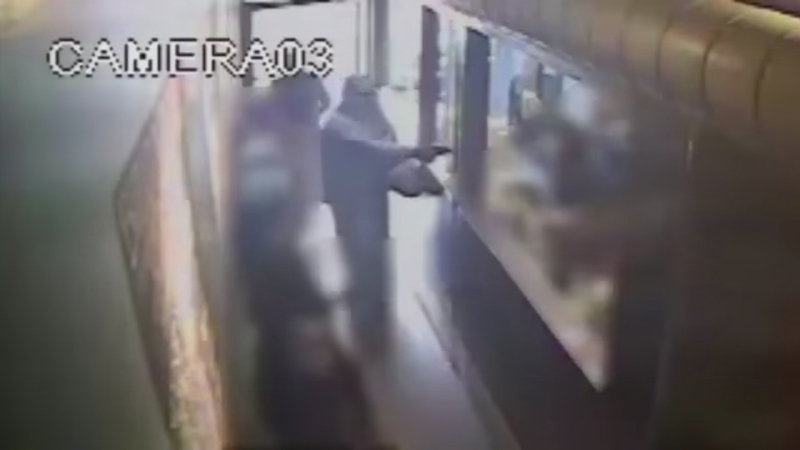 NORTH PHILADELPHIA (WPVI) -- Police released surveillance video of a shooting inside a restaurant in North Philadelphia as the search for the gunmen continues.

In the video released Tuesday, the suspects can be seen wearing what police describe as female garb with head coverings.

One of them pulls out a gun, fires through an opening in the window surrounding the counter, and then flees.

The second suspect appears to struggle to get the video out of a bag. He eventually pulls the gun out and fires through the same opening before also running out the door.

It is believed they fled in a 1995-2002 dark metallic green Buick Park Avenue, which was driven by a third person.

The shooting left one employee, 23-year-old Aaron Jones, dead. A 16-year-old boy was shot in the right leg but survived.