What we know about the man who confessed to killing 4 in Pa. 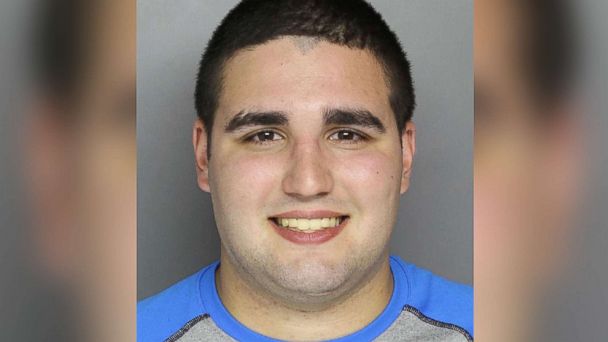 The person of interest who confessed Thursday to killing four missing Pennsylvania men has been known to police since he was 14 years old, according to authorities.

Cosmo DiNardo, 20, made the confession in exchange for a promise that the death penalty will not be pursued in his case, according to Paul Lang, one of DiNardo's lawyers.

The most significant offense on the arrest record for DiNardo prior to his confession was a gun charge in February 2017, which was later dismissed and re-filed, court documents show. While none of the crimes detailed in the arrest record were violent, the report does makes a reference to DiNardo suffering from a mental illness.

DiNardo was arrested twice this week before confessing on Thursday, once on Monday on the February charge of illegally possessing a shotgun and ammunition and again on Wednesday on charges of stealing the car that belonged to one of the victims, 21-year-old Tom Meo. He was released Tuesday on $1 million bail, 10 percent of which was paid in cash. A $5 million bail was set Wednesday after DiNardo was taken into custody for a second time.

Residents from Bensalem Township told ABC News that there was something "off" with DiNardo, and that something about him changed after he was injured in an ATV accident that took place roughly seven months ago.

Paul Lang, his attorney, declined to comment on his mental state at a press conference Thursday.

DiNardo is an avid hunter, and would show off the animals he killed, according to residents.

Remains of Dean Finocchiaro, 19, of Middletown, were found in a grave 12-feet deep after the search of the vast property owned by DiNardo's family intensified, Bucks County District Attorney Matthew Weintraub said at a press conference early Thursday. He had been missing since Friday.

Lang told the press this afternoon that further details about how the victims died, and where their bodies were located would be released at the discretion of the Distract Attorney's office at a later date.
Report a correction or typo
Related topics:
abc newsnational
Copyright © 2022 ABC News Internet Ventures.
TOP STORIES
Man charged with first-degree murder in Delco road rage shooting
AccuWeather: Tracking Evening Storms, Another Round Saturday
Philadelphia area July 4th fireworks list for 2022
Del. state auditor acquitted of felony charges, guilty of misconduct
DA: Officers justified shooting armed man in Hatfield Twp.
Artwork sought for display in Cause Village at "Made in America"
Family member beats shark to free teen girl from its jaws
Show More
Simone Biles among 17 to be awarded Medal of Freedom from Biden
Family: Pool shouldn't have been open after teen drowns in Bensalem
Police search for mom, daughter last seen in Philadelphia
At least 70 shots fired during Philadelphia shootout: Police
Philly Balloon and Music Festival begins today in Chester Co.
More TOP STORIES News