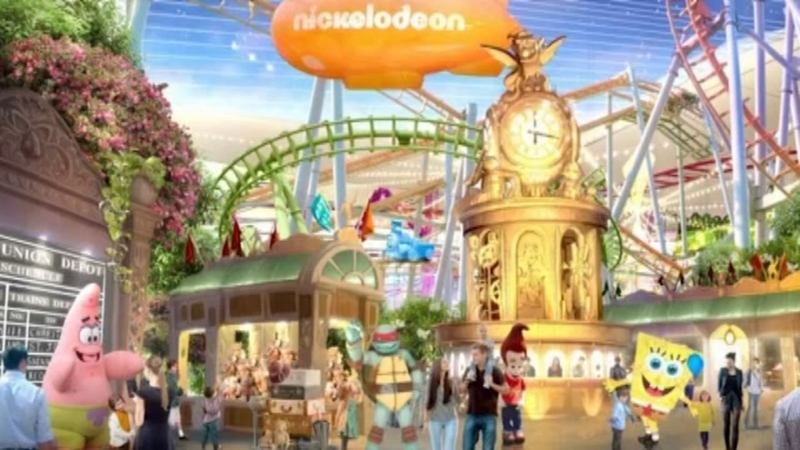 Nickelodeon Universe, which at 8.5 acres will be the largest indoor theme park in North America, will open on October 25 at the American Dream mall in East Rutherford, New Jersey.

The park features more than 35 rides, roller coasters and attractions. Nickelodeon characters such as SpongeBob, Dora The Explorer and Teenage Mutant Ninja Turtles will be at the mall to meet.

The roller coasters include one named the Shellraiser, which features a plunging 122-foot drop.

Since no Nickelodeon attraction would be complete without slime, visitors can enjoy entertainment on the Nickelodeon Slime Stage.

A general ticket is priced at $39.99. For those interested in a more thrilling experience, there is an all-access ticket for $49.99. Children under 2 are free.

In 2018, a news release from New Jersey Gov. Phil Murphy said the $5 billion project created more than 23,000 jobs during its construction. The governor said the project is estimated to create more than 16,000 permanent new jobs on site and over 6,700 jobs in the surrounding communities.