Argument over trash may have led to deadly shooting in North Philadelphia: Police 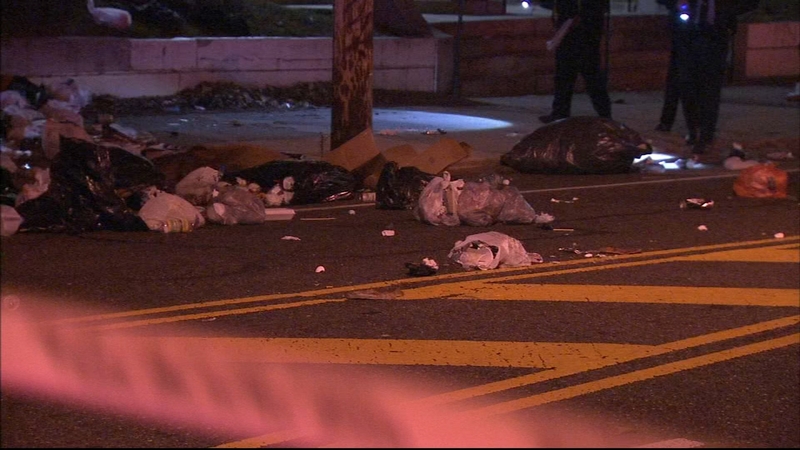 Argument over trash may have led to Philadelphia homicide

PHILADELPHIA (WPVI) -- An argument over trash may have led to a deadly shooting in North Philadelphia, police said.

Officers responded to reports of gunshots.

"According to individuals who heard the shooting, no one was able to tell us they saw anything, they heard about three to five shots," Philadelphia Chief Inspector Scott Small said.

Police said they found a 37-year-old male victim lying on the front steps of the apartment building where he lived.

A fight in South Philadelphia may have led to a double shooting that killed a man, police said.

He had been shot once in the face and was unresponsive.

The victim was taken to Temple University Hospital where he was pronounced dead.

Though a motive is unclear at this time, Small said, the victim was involved in a dispute concerning trash scattered in front of his apartment building prior to the shooting.

"We're getting information that the victim of this homicide was involved in an argument regarding the trash and the debris that appears to be all over the sidewalk and all over the street, like someone had kicked it or thrown it or just moved it around," Small said.

Police chased them and apprehended one three blocks from the shooting scene. They said he was carrying a gun.

Small said it was not clear if the man was involved in the deadly shooting, but because he fled the scene and had a weapon on him, he was taken in for questioning.

However, later Friday morning, police gave an update saying no weapons had been found and no arrests had been made.

Police found surveillance cameras attached to the apartment building and other properties on both sides of the street. They are hoping the video leads to the shooter.

Police said the 32-year-old woman was shot in the left side of her body.

Police rushed her to Temple University Hospital where she later died.