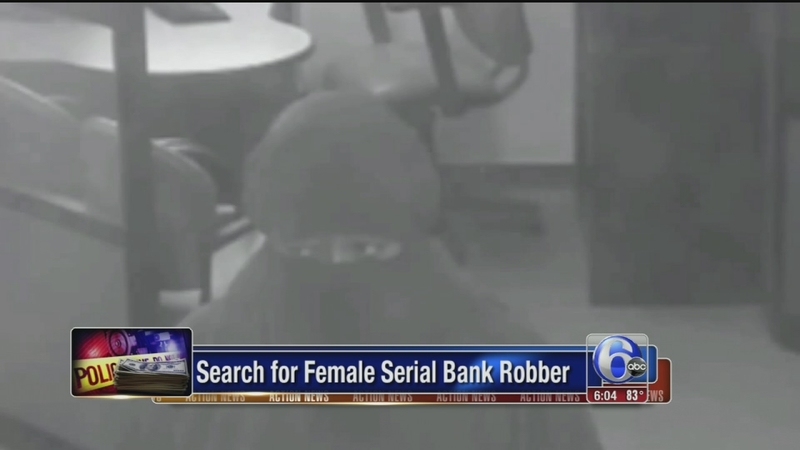 The FBI is offering a cash reward for information leading to the arrest of a serial robber.

They say the female suspect dressed in a full burqa is behind four bank robberies in Northeast Philadelphia.

The first happened at the Santander Bank on Bustleton Avenue on June 9th.

The PNC Bank on Academy Road was targeted on June 16.

On July 7th the Citizens Bank on Red Lion Road was robbed.

The latest robbery took place at the Citizens Bank at 10650 Bustleton Avenue.

Police say in each of the robberies, the woman presented a threatening note, saying she had a bomb.

Officials say she may be driving in a dark-colored SUV, possibly a Nissan Rogue or Murano.

This suspect is considered armed and dangerous.