The SWAT unit found the 55-year-old victim in a third-floor bedroom.
WPVI
By 6abc Digital Staff 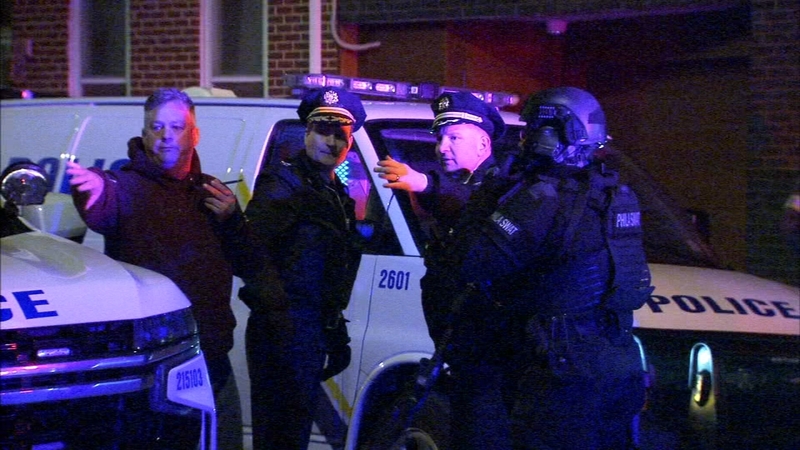 Officers responded to the 300 block of West Poplar Street shortly before 1 a.m. Friday.

They had received a call about a person with a gun and the possibility someone had been shot inside a home.

When they couldn't get into the home, officers declared it a barricade situation and the SWAT unit was called in to assist.

After police confirmed someone had been shot, SWAT members forced their way into the home.

Once inside, they found a 55-year-old woman lying in the third-floor bedroom. She was pronounced dead at the scene.

They took her 62-year-old husband into custody after he was discovered in the basement.

"We believe this individual is the one who was responsible for the murder. Both parties were a married couple," Philadelphia Police Captain Bill Fisher said.

Police say relatives of the pair, including children, were found hiding in a basement closet. They were not harmed.

Officers are still trying to determine what led to the bloodshed.