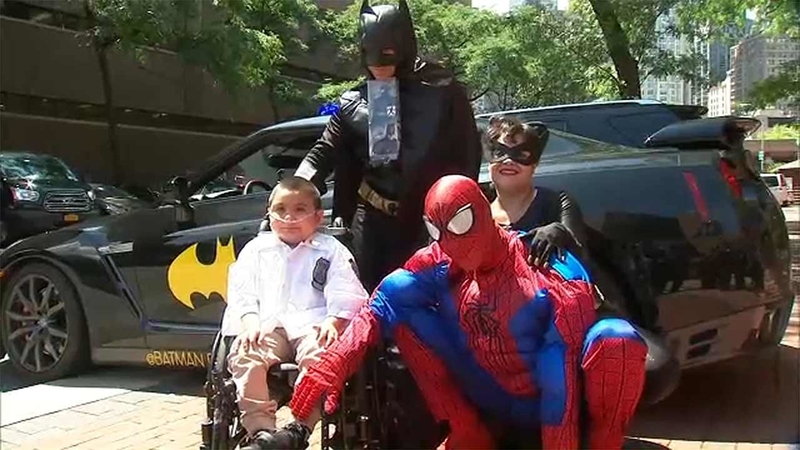 Anthony is battling an inflammatory condition that causes scarring in both his lungs.

But on Tuesday, he was all smiles.

Batman, Spider-Man and Catwoman paid him a visit at St. Mary's Healthcare System for Children in Brookside thanks to their friends at the New York Police Department.

It was a special trip for Anthony as he got to tour the NYPD's Joint Operations Center.

Anthony's mother says he needs oxygen all the time and is on the lung transplant list.

He doesn't get outside much so it was an extra special day to get to meet his favorite superheroes.

The New York City Police department helped call in the superheroes and also swore Anthony in as a NYPD police officer.