Police say the suspect pointed a gun at the young girl while he was live on social media.
WPVI
By 6abc Digital Staff and Katie Katro 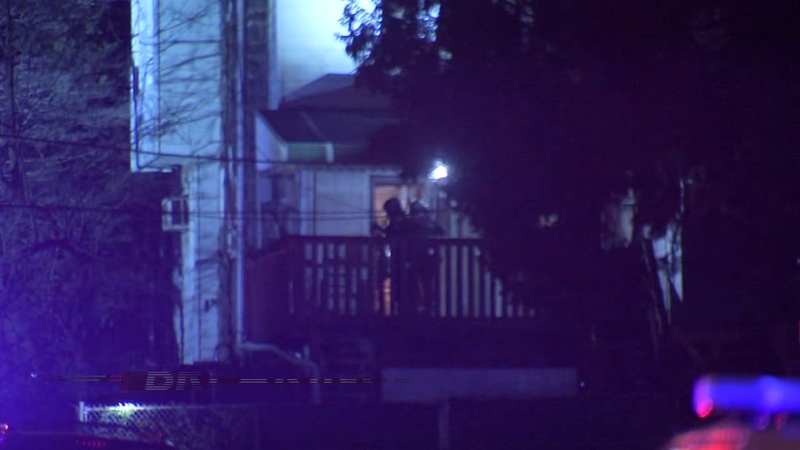 PHILADELPHIA (WPVI) -- A man is now in Philadelphia police custody after authorities say he held a teenager at gunpoint during a barricade situation Wednesday night.

Officers quickly surrounded a home on the 6100 block of West Columbia Avenue in Overbrook.

Police say the suspect held a 13-year-old girl hostage and pointed a gun at her while he was live on social media.

The girl may be the suspect's cousin, according to investigators.

The man was taken into custody just after 10:30 p.m. and the teen was safely recovered.

"She was very scared, very shaken up," said Philadelphia Police Chief Inspector Scott Small after the girl walked out of the residence.

Police are still working to determine a motive for this incident.

Investigator said the suspect may have been high on narcotics at the time.