Boyle is scheduled to appear upon a judge for a court hearing on Tuesday.
WPVI
By 6abc Digital Staff 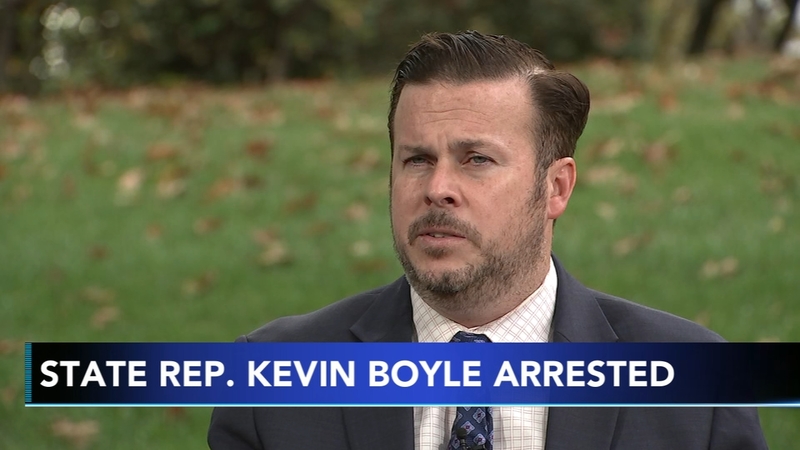 The House Finance Committee removed Boyle from his position last week although the reasoning was unclear.

"It is important to note that Kevin Boyle is not accused of any act of violence. By agreement with the Philadelphia District Attorney's Office, Kevin is scheduled for a mental health evaluation.

He intends to follow through with all court, mental health and medical recommendations, including treatment. We are confident that with treatment, Kevin can return to full health, resolve these charges, and continue serving his constituents."

"The news of Rep. Boyle's arrest is more than troubling. The allegations against him, if true, mean he should no longer hold public office.

"It is clear Rep. Boyle should resign from office now to focus on his personal health and the future well-being of those around him."

Officials confirm Boyle was released Saturday morning without having to post bail.

He is scheduled to appear before a judge for a court hearing on Tuesday.