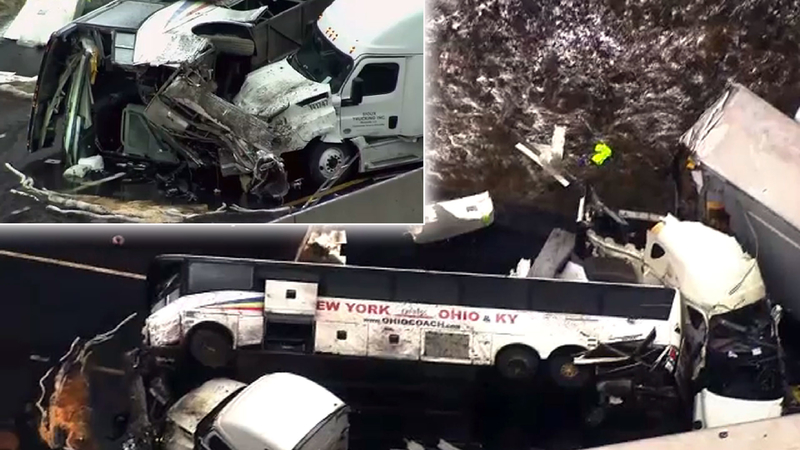 Authorities have identified all five people, including a 9-year-old girl, killed in the horrific chain-reaction crash that left 60 others injured.

Killed in the crash were 9-year-old Jaremy Vazquez, from Brooklyn; 35-year-old Eileen Zelis Aria, from the Bronx; and 58-year-old Shang Quing Feng, from Flushing, Queens.

Aria's devastated father said he is heartbroken and can't believe his daughter is gone.

"One of her friends gave her a ride to the bus station, and she was happy and everything," Veysel Gulertekin said. 'You just can't believe that. You want to die because your plans are for the future..." 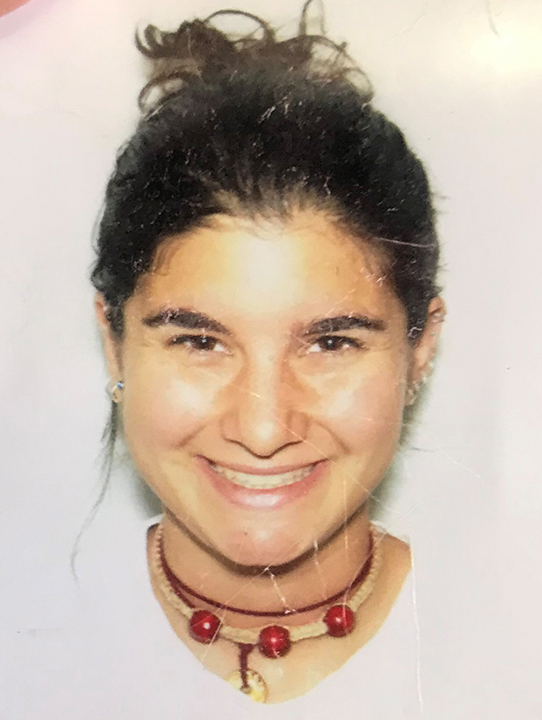 He had no idea that when he said goodbye to his daughter, he would never see her alive again.

"At this point, it doesn't make any difference what happened, it's your daughter," he said. "You just always think about the future and everything, and suddenly everything is just gone."

Meanwhile, authorities continue to investigate the cause of the crash that happened early Sunday on a mountainous and rural stretch of the highway about 30 miles east of Pittsburgh.

Authorities say the packed tour bus lost control on a hill along the highway, setting off a chain reaction that involved three tractor-trailers and a passenger car.

The crash shut down the Pennsylvania Turnpike, which is also Interstate 76, for a 90-mile stretch for most of the day Sunday.

Feng was behind the wheel of the tour bus. The injured victims, ranging from 7 to 67 years old, are all expected to survive, though two patients remain in critical condition, authorities and hospital officials said Sunday afternoon.

The cause of the crash is still unknown, and Pennsylvania State Police spokesman Stephen Limani said it could take weeks or months to determine. A team from the National Transportation Safety Board is also investigating.

An initial report about the facts should be out in about 10 days, but it could be up to two years before the crash is fully analysed, NTSB member Jennifer Homendy told reporters Monday.

"I thought it was devastating," Homendy said after reviewing evidence. "I imagine that if you were in this accident, that it was scary."

Limani said the bus was traveling downhill on a curve, careened up an embankment and rolled over. Two tractor-trailers then struck the bus, and a third tractor-trailer then crashed into those trucks. A passenger car was also involved in the pile-up.

Homendy said she does not know if the bus was speeding, but state police have recovered an engine control module that may provide details and investigators hope another vehicle's outward-facing camera recorded relevant footage.

The road was resurfaced last year and was in good condition, she said.

Photos from the scene show a mangled collision of multiple vehicles, including a smashed FedEx truck that left packages sprawled along the highway.

Renee Colborn, public information manager for the Pennsylvania Turnpike Commission, gives an update on the investigation into the deadly crash outside Pittsburgh.

FedEx did not provide any other details besides that they are cooperating with authorities.

"I haven't personally witnessed a crash of this magnitude in 20 years," Pennsylvania Turnpike spokesman Carl DeFebo told WTAE, calling it the worst accident in his decades-long tenure with the turnpike. "It's horrible."

Excela Health Frick Hospital in Mount Pleasant said it treated 31 victims, transferring a child and three adults to other facilities.

Hospitals brought in teams of social workers and psychologists to deal with the mental trauma, said Mark Rubino, president of Forbes Hospital, which treated 11 victims.

"The people coming in were not only physically injured but they were traumatized from a mental standpoint as well," he said.

Most were covered in diesel fuel when they arrived. The hospital treated fractured bones, brain bleeds, contusions, abrasions and spinal injuries.

Limani said the Red Cross was working with those patients to find housing and resources. Authorities brought in translators to assist with the investigation and medical treatment, and also to help victims reconnect with loved ones.

The Tribune-Review reported Leticia Moreta arrived at a hospital about 11:30 a.m. to pick up her children - Jorge Moreta, 24, and Melanie Moreta, 16 - who were on the bus.

She said her children, returning from visiting their father in New York, were in stable condition.

"I was devastated," she said.

Officials said it was too early to determine if weather was a factor in the crash, but there were eyewitness reports of precipitation in the area.

Angela Maynard, a tractor-trailer driver from Kentucky, said the roads were wet from snow but not especially icy. Maynard was traveling eastbound on the turnpike when she came upon the crash site and called 911.

"It was horrible," she told The Tribune-Review.

She saw lots of smoke but no fire. She and her co-driver found one person trapped in their truck and another lying on the ground.

"I tried to keep him occupied, keep talking, until medical help arrived," Maynard said. "He was in bad shape. He was floating in and out of consciousness."

More than 90 miles of the Pennsylvania Turnpike, from Stanton to Breezewood, remained closed in the westbound direction. Local fire and emergency medical crews are on scene, along with a hazardous material company cleaning up fuel and other materials.

"It's a very extensive crash so a lot of work has to be done to get the roadway reconditioned and ready to handle traffic again," said Craig Shuey, the turnpike's chief operating officer.

"I was crying," said Omeil Ellis, whose two brothers were on the bus. "I was like crazy crying. I'm still hurt."

Ellis, from Irvington, New Jersey, told The Tribune-Review that his brothers were traveling to Ohio for work. He was planning to meet them a few days later. But both of his brothers, one of them 39 years old and one 17, were sent to hospitals.