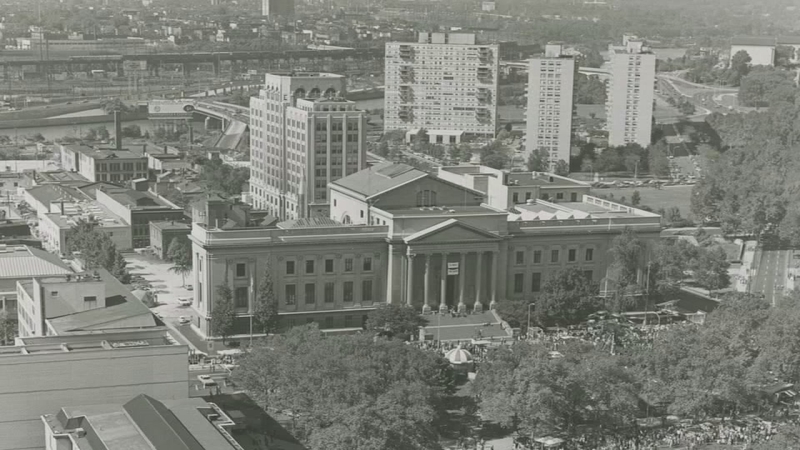 The Benjamin Franklin Parkway is celebrating a major milestone, and institutions up and down and the Boulevard and beyond are planning a grand celebration.

It's called Parkway 100, and it's a yearlong festival that kicks off Sept. 8 with family-friendly activities and free or pay-what-you-wish admission to institutions along the city's Museum Row.

"The theme of the celebration is really connections and collections," says Gail Harrity, President and Chief Operating Officer of The Philadelphia Museum of Art.

The museum will mark the centennial with an exhibition of masterpieces collected by Philadelphia lawyer John G. Johnson and gifted to the city 100 years ago.

"Extraordinary paintings that included Botticelli and Titian, Rembrandt and the Impressionists," says Harrity.

The Rodin Museum is celebrating the 100th birthday of the Parkway along with the 100th anniversary of Auguste Rodin's death with an exhibition called The Kiss.

"It's works that Rodin did involving couples, men and women, mothers and children, female lovers," explains Jennifer Thompson, Curator of The Rodin Museum.

The Free Library, The Academy of Natural Sciences, and The Franklin Institute will display maps and historical photos of what the neighborhood looked like 100 years ago, when it was still a part of the city's grid.

And for four weeks, starting Sept. 15th, you can explore the Parkway on pedicabs whimsically decorated with Chinese lanterns.

"At night this is going to be magical," promises Penny Balkin Bach, Executive Director and Chief Curator of The Association for Public Art. "I think people are just going to have a great time riding in these."

The Association for Public Art commissioned the art installation called Fireflies, created by Chinese contemporary artist Cai Guo-Qiang, best known for his jaw-dropping fireworks display at the opening ceremony of the 2008 Beijing Olympics.

Guo-Qiang says the project "symbolizes the openness and the spirit of freedom and multiculturalism of the Parkway."

The Barnes Foundation is also going mobile with 20 Indego bikes wrapped in masterpieces from the Barnes collection. The first 10 will roll out at a September 14 open house that runs from 5-8 p.m.

Guests there can vote on paintings to wrap 10 more bikes that will hit the streets next May.

You can find the find the calendar of events for the Parkway 100 yearlong festival at Parkway100.org.