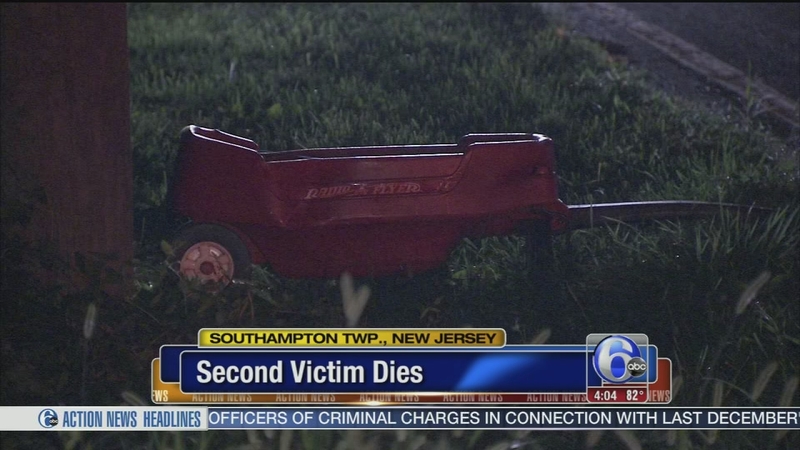 SOUTHAMPTON, N.J. (WPVI) -- A second victim has died after four young people were hit by a car on Tuesday evening in Southampton Township, Burlington County.

2-year-old Jyonshiel Martinez, who would have turned three in October, died shortly after the crash in the 100 block of Buddtown Road.

Two other children were critically injured. They are identified as 6-year-old Kahariel Martinez and 8-year-old John Giles.

Another child was with the group but escaped unharmed.

Some of the children were being pulled by a red wagon when they were hit.

Police say no charges are expected to be filed against the driver.

According to investigators, the young people were walking in the road and the driver of the BMW was travelling at or below the posted speed limit of 45 mph.

The victims were not wearing light clothing and did not have a flashlight, police said. They were using cell phone lights, police said, but the driver apparently could not see them.