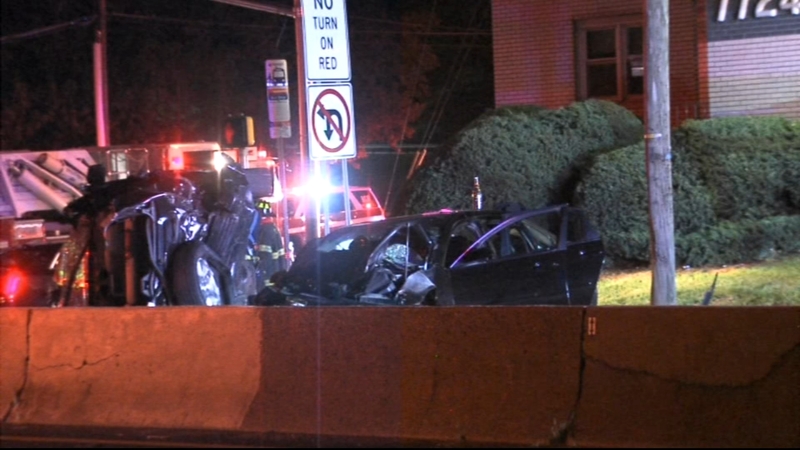 It happened around 11:40 p.m. Tuesday on the northbound lanes of Route 130 at Union Avenue in Pennsauken.

Police said at least seven vehicles were stopped at a light when a speeding driver careened into them.

The impact sent one car on its side.

Police said the driver of the speeding car remained on the scene.

There was no word on the condition of those injured.