A massive fire ripped through the US Auto Auction building on South Crescent Boulevard Tuesday night.

The fire was so large because of the number of cars stored inside, along with tires and gasoline that were burning.

The initial call came in around 10:30 p.m. Tuesday for a raging fire at the US Auto Auction building located on the 6600 block of South Crescent Boulevard. according to Pennsauken Fire Chief Joseph Palumbo.

Chopper 6 was overhead as firefighters worked to contain the inferno.

A huge ball of fire shot into the air, producing small explosions inside the building.

Officials say at least three businesses worked out of the now-ravaged warehouse.

Palumbo said the fire got so large in part because of the number of cars inside the building, along with tires and gasoline, which fueled the flames.

Firefighters had to call in additional help from multiple fire departments around Camden County; the fire was upgraded from three alarms to four.

They faced many difficulties, but Palumbo said wind during the storm didn't slow them down.

He said it did create concerns within nearby neighborhoods.

"Other than some of the debris that was coming off the building, embers and such, smoke that was traveling into this residential neighborhood behind us," Palumbo said. "We had a couple of engine companies deployed to that neighborhood for patrol to make sure there was no exposure problems."

Fire crews hit another hurdle at hour 12, when a natural gas leak delayed the cleanup process and efforts to determine the cause.

According to its website, the U.S. Auto Auction has been serving the Delaware Valley for over 25 years. 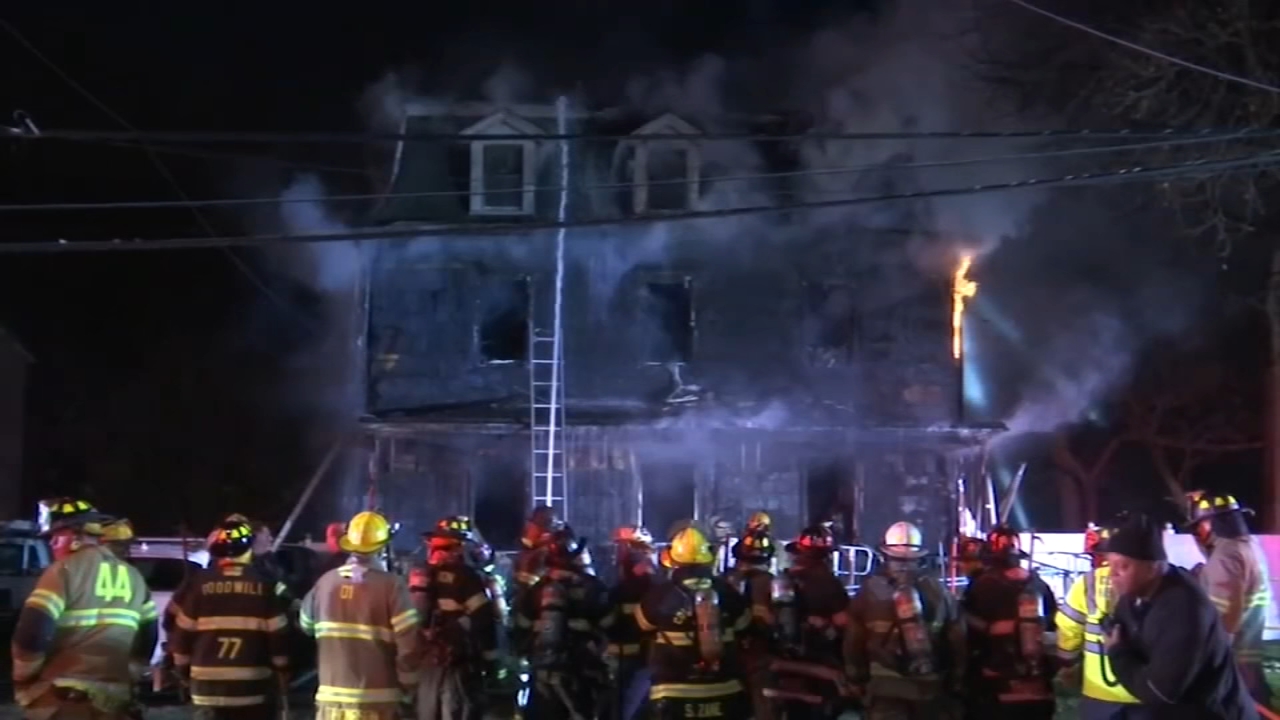