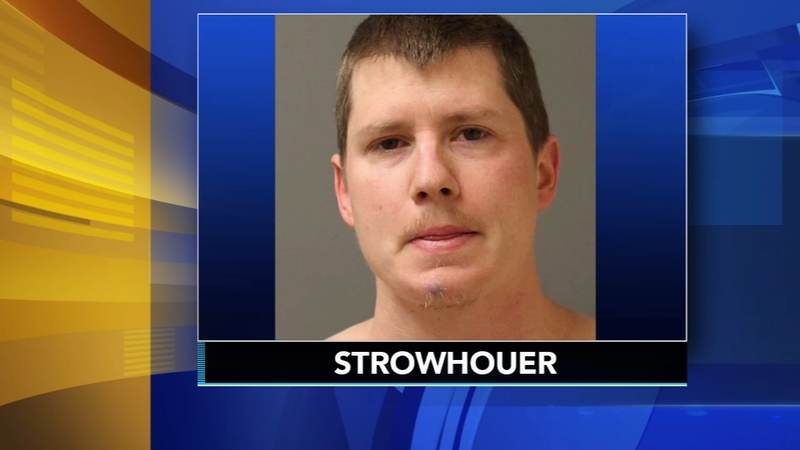 UPPER CHICHESTER, Pa. (WPVI) -- A man who has previously been arrested five times for driving under the influence has been charged with causing a fatal accident this weekend.

David Strowhouer, 31, of Newtown, has five previous DUI convictions that authorities know of, four in Chester County and one in Delaware County. Authorities said his license was suspended at the time of the crash.

Strowhouer in jail after police filed charges on Sunday in a deadly crash where a woman was killed and her husband was seriously injured.

Police said Strowhouer was driving a Dodge Ram that crossed into oncoming traffic in the 3300 Block of Market Street in Upper Chichester, striking the vehicle carrying the victims head on.

The passenger, 45-year-old Deana Eckman was killed and her husband Chris was rushed to the hospital.

Police said Strowhouer initially lied to authorities and said his cousin was driving. Through interviews and video police believe Strowhouer was in fact behind the wheel.

Strowhouer told police he attended his mother's funeral that day and was driving to Chester to buy cocaine.

According to the criminal complaint, he faces more than a dozen charges with the most serious being homicide and aggravated assault by vehicle charges.

Police are working closely with county detectives in the investigation of the incident.