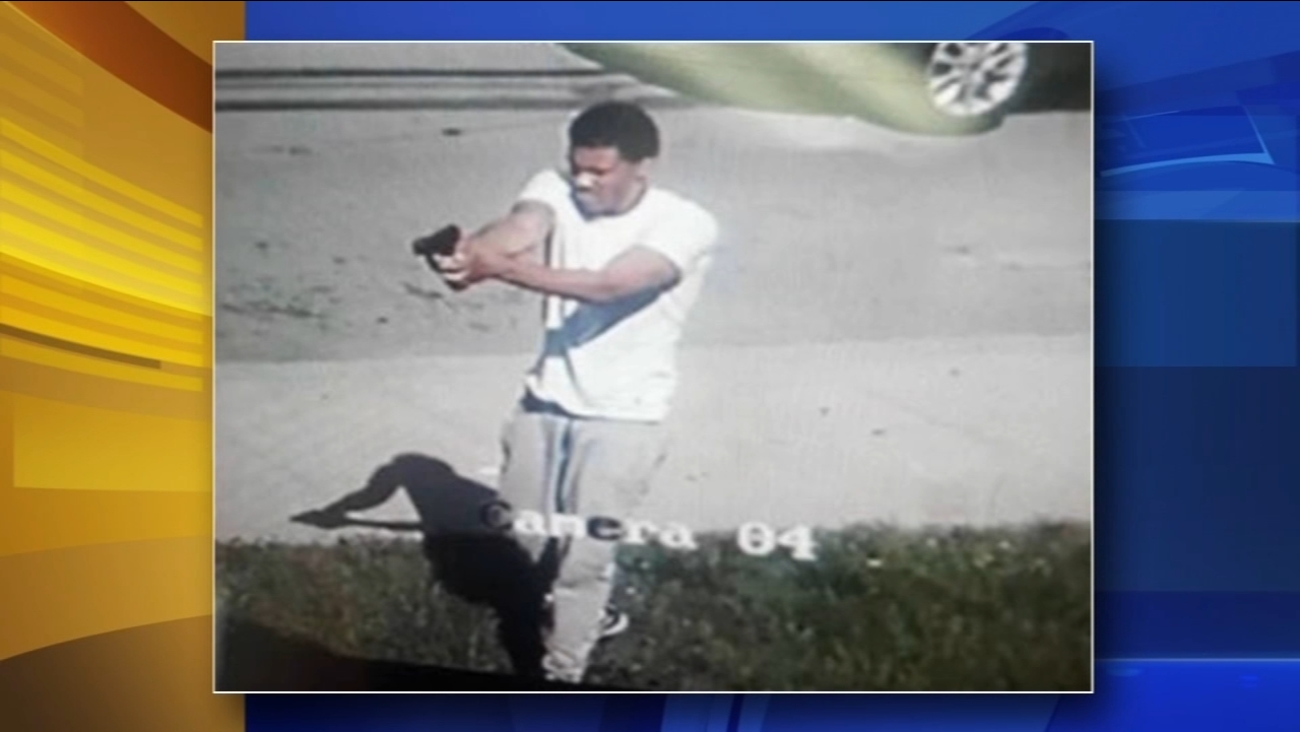 FOLCROFT, Pa. (WPVI) -- A Delaware County officer, who was shot nearly two years ago, had a gun pointed at him while he was chasing two suspects wanted in a Chester homicide.

Police issued a surveillance photo they say was taken of one of the men as he fired a gun in the homicide Monday afternoon.

Investigators said he and the other man then fled into neighboring Folcroft in a rented Nissan with New York tags.

It was in Folcroft where they were pursued by two officers and ended up at the intersection of Carter and Edwards roads around 5:30 p.m.

One of the officers was identified as Christopher Dorman. Officer Dorman survived being shot seven times, including once in the face, in June 2016 after being called to the report of a drug deal. Dorman recovered and went back to work months later.

If you live in the Delmar Village area please shelter in place. See something suspicious please call 911!!

"They exited the vehicle and fled on foot. Our officers gave chase. The one suspect turned and pointed a gun at Officer Dorman and he returned several shots," said Folcroft Borough Police Chief Bob Ruskowski.

Police tell Action News the suspect did point a gun at Officer Dorman, but did not fire any shots. Chester police say they have identified the name of the suspect, but have not released it as of yet.

Police said the men continued running, even crashing through a wooden border fence.

Authorities aren't sure if the suspects were injured, but the officers were not.

Folcroft police say the one suspect is now also wanted for attempted homicide of a police officer.

The search continues for both suspects. Police are asking anyone with information to call 911.