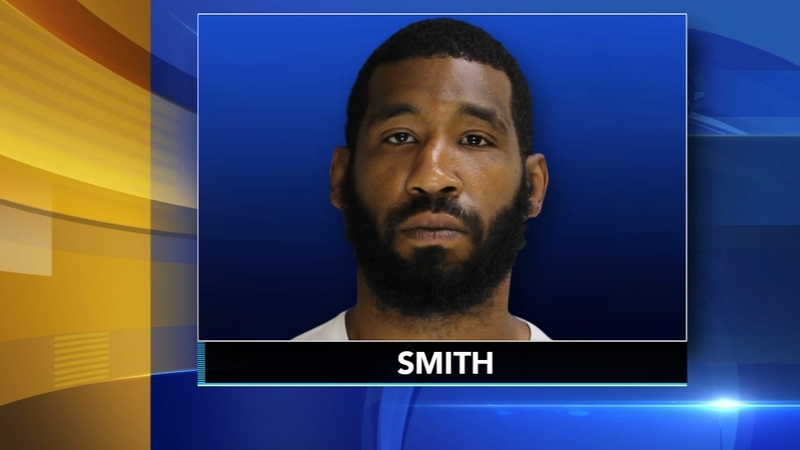 OXFORD, Pa (WPVI) -- Sam Algerian was dropped off at the Starbucks in Oxford between 9:30 and 9:40 p.m. Thursday night to pick up his SUV and head to his mom's for a Pizza dinner. He never made it.

At 9:46 p.m. another man is seen on surveillance at a convenience store gas pump with Algerians vehicle.

Algerian is then found dead alongside a road, shot in the chest.

The Chester County District Attorney says Hakeem Smith is the man at the pump and the man who murdered Algerian.

"One of our detectives sees the defendant coming out of a Turkey Hill store just minutes after the murder with the victim's car," said Tom Hogan, Chester County District Attorney.

In Oxford, people are grieving.

At D'Ambrosio Chevrolet where Algerian worked since high school, they have a red ribbon campaign.

"We decided on ribbons. We are all wearing ribbons," said co-worker Kathy Hower. "We decided to start selling them to raise money for the boys and it has really taken off.

Algerian's office is lined with reminders of his two sons.

Co-workers say he lived for the boys. He didn't want them staring at video games, he wanted them to be active.

"He wasn't big into electronics, he was more let's go somewhere and create memories," said co-worker Scott Neil. "He was very athletic."

Police say they have arrested the suspect.

"We were relieved they caught him so fast," said Hower. "Grateful he is off the street so he can't do this to anyone else."