WEST CHESTER, Pa. (WPVI) -- A man from Delaware County has been charged with the road rage shooting that left a recent high school graduate dead.

He is identified as 28-year-old David Desper from Trainer, Pa.

Desper is charged with first and third degree murder, possession of an instrument of crime, and reckless endangering in Wednesday's death of 18-year-old Bianca Roberson in West Goshen Township.

He was denied bail and remains in prison. A preliminary hearing is set for July 13.

Desper's red pickup truck, which was seen on surveillance video, was located in Glen Mills. Only Action News was there at West Goshen Township police headquarters when the truck was hauled in.

Detectives also recovered the 40-caliber semi-automatic handgun they believe was used to shoot Roberson in the head. It was found in Desper's bedroom, authorities say.

Hogan said Desper has a permit to carry the weapon.

The shooting happened around 5:30 p.m. Wednesday where Route 100 and Route 202 merge in West Goshen Twp., Chester County. Desper and Roberson were trying to merge into the same lane.

"This is the story of a savage and senseless murder. Someone didn't want her to merge into a lane of traffic," Hogan said.

Highway cameras reveal Roberson and the pickup driver had some sort of altercation minutes before the shooting.

"As Bianca was merging from two lanes to one, there was a man in a red pick up truck also merging down and they jockeyed for position and he wasn't happy," Hogan said. "So he pulled out a gun and shot Bianca in the head, killing her instantly."

Cameras showed the driver of the red pickup, identified as Desper, fleeing toward Paoli Pike.

"They were jostling for a position or whatever. And unfortunately this gentleman took it to a degree that was just unconscionable," said West Goshen Police Chief Joe Gleason in a news conference earlier this week.

After the shooting, Roberson's car went off the highway and struck a tree.

Multiple photos and videos of the red pickup truck were released to the media in the days since the shooting. Authorities say those images led to numerous tips from the public.

Hogan said that there was no indication that race was a factor in the slaying.

"This appears to be a savage, senseless and brutal act from one human being to another human being," he said.

Family and neighbors reacted with tears and shock Sunday after the announcement of the arrest of David Desper.

Neighbor Gerry Szper said, "I didn't interact with him much...just surprising that things like this happen.

"I feel that I would feel relief or excited and happy. I was happy, but I felt down, thinking about that's the truck alongside my sister, her last moments of life," Dontae Alburg said.

Roberson was a recent graduate of Bayard Rustin High School in West Chester and was set to attend Jacksonville University in the fall. Her brother told Action News she was "headed for greatness."

VIDEO: Scene of the crash in West Goshen Twp.

This is just the latest tragedy for Roberson's family. Four years ago, they lost Bianca's older brother.

Family members say when Wednesday's crash happened, Roberson had just left an area mall. She was shopping for college clothes with her mother and grandmother.

"I hope it's not Bianca." That's what the teen's grandmother said to herself as she passed the crash site Wednesday, intending to meet up with her granddaughter at home.

She had no idea the traffic backup she was sitting in was caused by the crash involving her granddaughter.

"Not one bit," added Aunt Mari Hatton-Hayes. "And then when she saw the police she said she had this crazy feeling."

Police were already at the house to notify Roberson's family that she had died at the scene.

"She's so young. And to go through something like that by herself.... She had to have been pretty scared," said Dontae Alburg, Bianca's brother.

The community is responding to the death of the college bound teen, as dozens came to a vigil in her honor Friday. On Saturday, members of a local brewing company who have never met Bianca felt compelled to help.

They collected donations and were donating proceeds from their best selling beer for Bianca's family.

Joel Sprick of Levante Brewing Company of West Goshen Township said, "We wanted to give back to the community and show our support. 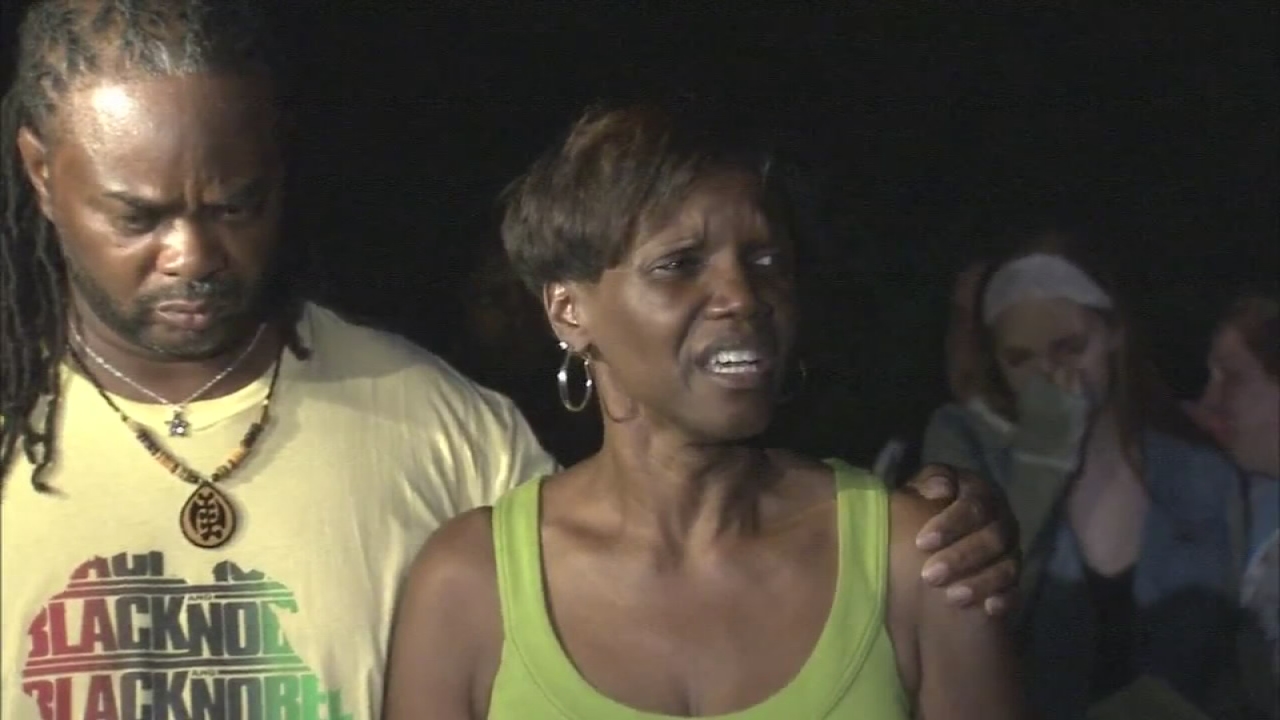