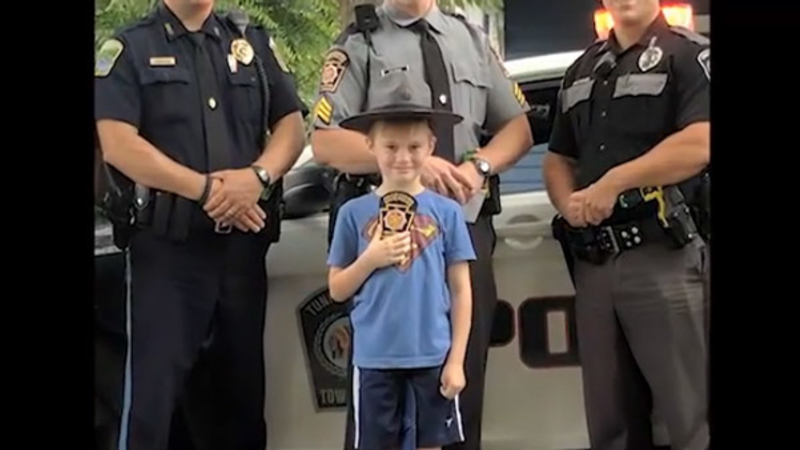 After a fire displaced his neighbors, an 8-year-old Pennsylvania boy held a lemonade stand to raise money for the victims.

However, police say someone stole the money Owen had raised through his stand.

When Pennsylvania State Police troopers found out about what happened, they along with officers from local police departments, paid Owen a visit.

Owen, from Tunkhannock, hopes to one day be a police officer when he grows up, according to Pennsylvania State Police.

State police say they not only stopped to say hello, but they made a collective monetary donation to his cause, gave him a chance to wear "the big hat" and thanked him for his outstanding citizenship.

Police call Owen the definition of a good neighbor.