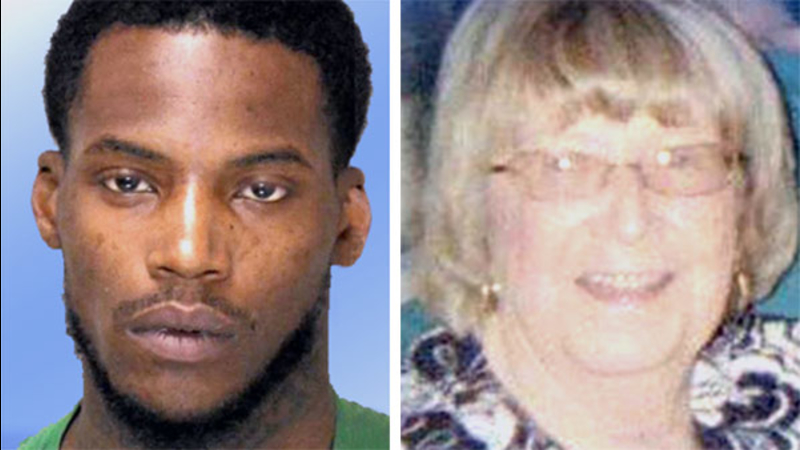 WILSON BOROUGH, Pa. (WPVI) -- A man is on trial for murder in Northampton County, Pa. after the woman he allegedly robbed died of a heart attack two months later.

The prosecutor says Quadir Taylor, 29, scared his victim to death.

It was four years ago when 76-year-old Carrie Smith of Wilson Borough woke up to find two men with guns standing by her bed, demanding money.

A terrified Smith got up, opened her safe, and gave the attackers a pile of cash and jewelry.

As the gunman ran away, Smith suffered a heart attack. She desperately called 911 and was hospitalized.

Prosecutors are confident that Taylor will be found guilty of murder.

But Taylor's defense lawyers say they can prove that Smith suffered from an array of pre-existing heart and lung issues, and to say that her death - two months after the robbery - is not murder.

"If you scare somebody and they have a mild heart attack, in this case an older woman with a number of health issues including lung disease, and dies two months later... Her death wasn't caused by this incident, disturbing as this incident was," said attorney James Brose.

Two other people have already been convicted of felony murder in this case, including Smith's own graddaughter, 32-year-old Rebecca Johnson. She is serving life in prison without parole for organizing the plot.