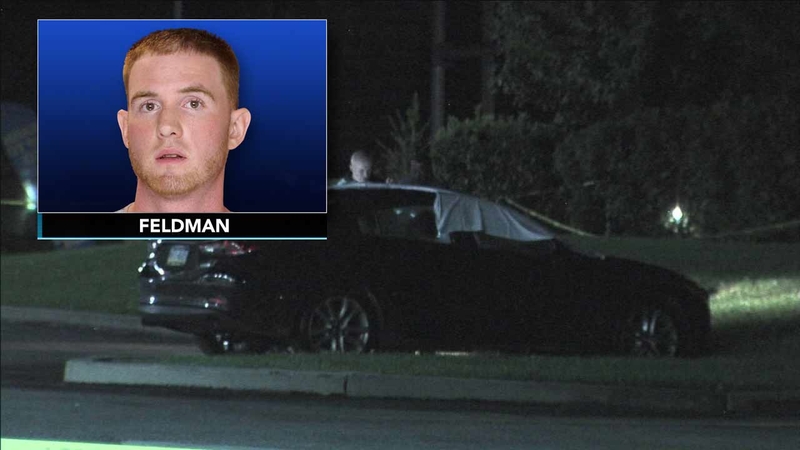 LIMERICK, Pa. (WPVI) -- Police say a man who allegedly shot his ex-girlfriend's mother at her home in Limerick, Montgomery County was found dead on Monday.

His body was found just hours after authorities posted a reward for his capture.

Watch Action Cam video from the scene where the man who allegedly shot his ex-girlfriend's mother at her home in Limerick, Montgomery County has been found dead.

Authorities say Feldman shot himself, though they did not confirm when he did.

Sandi Barnaik of Limerick works nearby and says she thinks she heard an out-of-place gunshot Monday afternoon.

"Between 4:30 and 5 p.m. It was odd because it was either a gunshot or firecracker," she said.

The search for Feldman began this past Friday after the shooting at a home on Longmeadow Road in Limerick Township.

Police say Feldman pulled up to the home of his ex-girlfriend Rebecca Hermann and rang the doorbell.

Investigators say that's when Feldman pulled out a gun and shot her in neck and chest, stole her phone, and took off in his black Mazda.

After he fled the scene, a detective says he used that cell phone he stole to call Rebecca, saying "I wanted you to feel the pain I felt."

After a multiple county search, calls came in Monday night that the Mazda was found in the Wawa parking lot.

Feldman was dead inside the vehicle.

"It's horrible. We pray for the woman who was shot. And her daughter that was involved," Barnaik said.

The victim is expected to survive.