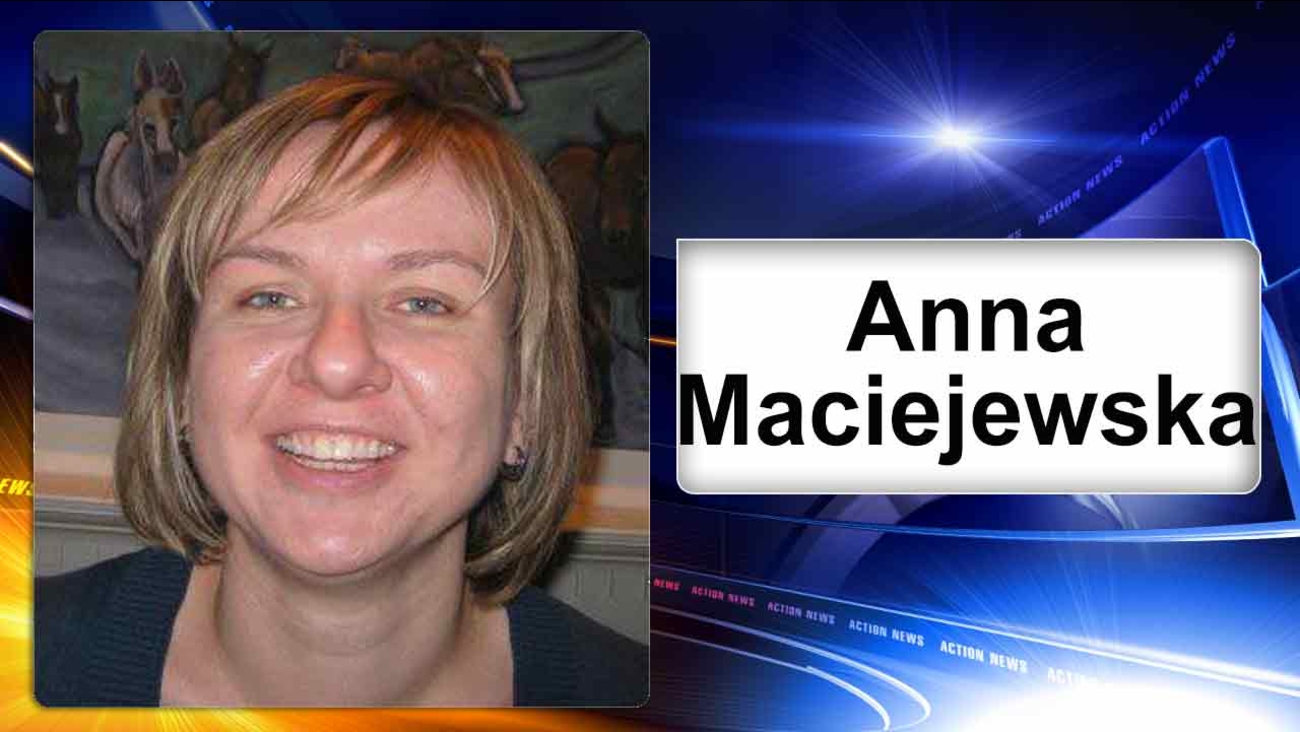 MALVERN, Pa. (WPVI) -- Pennsylvania State Police continue to search for a Chester County woman who has been missing since last month.

Maciejewska did not show up for work at Voya Financial that Monday or Tuesday, police say.

Troopers say Maciejewska was running late for a work meeting, and was described as being "in a panic," according to a report from the Associated Press.

She was last seen driving a dark blue 2011 Audi A4 with a Pennsylvania license plate HTF 2919.

Maciejewska is described as 5'4, approximately 160 pounds, with hazel eyes.