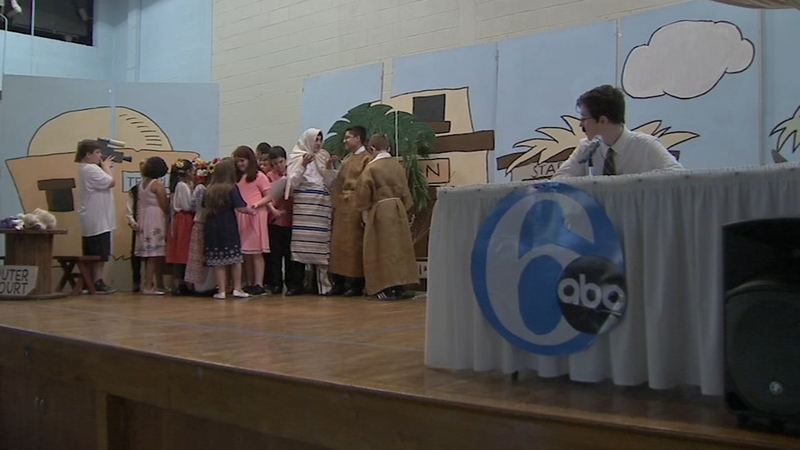 Instead of a standard play, the group collectively decided to put on a newscast in the style of Action News.

The young performers taking on the personas of our own Jim Gardner, Sarah Bloomquist, Sharrie Williams, and Walter Perez, to name a few for this imaginative retelling of the iconic story of Jesus' entry into Jerusalem.

"I'm not really nervous in speaking in front of large crowds," said performer James Klaxton who plays Jim in the play. "We had the same play for a lot of years, so this year we might do something different," Klaxton said.

Performer, Derek Koziol played Jesus. He said the show allowed them to be creative and helped them all feel more connected to the story and the audience.

"I imagine it's going to sound really well because we've added a lot more comedy to the show as well," he said.

Principal George Maxim was the brains behind the script that took some work.

"Father Ronnie had to give his approval to make sure that it met his expectations and the faculty at the Sunday school program," Maxim said.

This performance portion of the play is an annual tradition at the church. This event however, now setting the stage for more creative performances.

Parents, like Maria Mykytiouk also fully supporting the chance to see their children in the spotlight.