Monday is final day for voters to register for Pa. primary 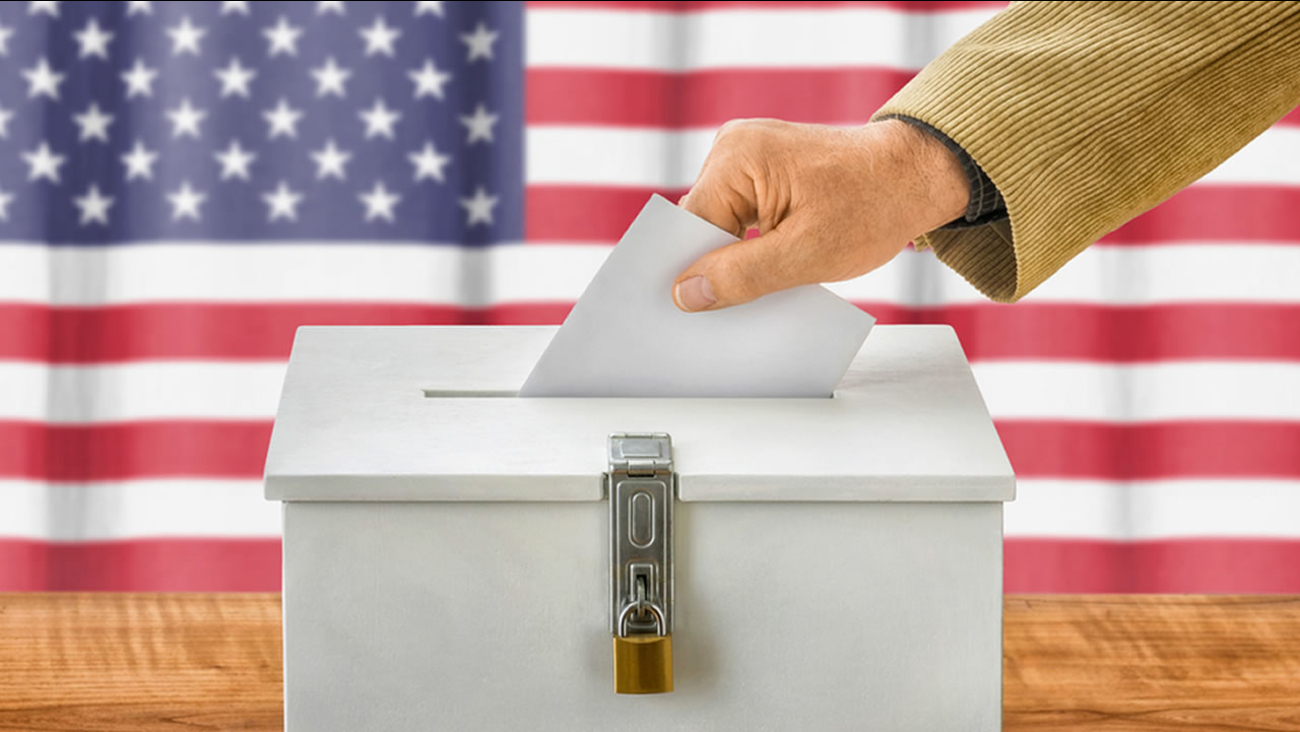 A voter places their ballot into a box. (Shutterstock)

HARRISBURG, Pa. -- A numerous contests for school boards and county and municipal government, as well as a handful of appeals court races will be on the ballot next month in Pennsylvania's primary election.

Public interest may not be what it was last year, when Pennsylvania was a major presidential battleground and had one of the highest-profile U.S. Senate races in the nation, along with congressional and legislative races.

Monday is the final day for state voters to register if they want to participate in the May 16 primary.

Voters have to be registered in one of the major parties to be able to help pick the nominees.

Here's what to expect:

The real action in next month's primary will be races for school director, township supervisor, borough council and other positions in government below the state level. Pennsylvania has more than 2,600 municipal governments, and they all have something on the spring ballot. There are also a smattering of races for county boards and executives, district attorneys and ballot questions. For large parts of the state, where one party has a strong edge in voter registration, the only real contests will occur in the primary.

Four open seats are up on Superior Court, the state's busy mid-level appellate court that handles civil and criminal appeals from county courts of common pleas.

Three of those positions are vacant. One was created when Republican Sallie Updyke Mundy from Tioga County was appointed to the state Supreme Court. Two appointed judges on Superior Court, Democrat Lillian Harris Ransom and Republican Carl Solano, opted not to run for a full term. A third appointee, Democrat Geoff Moulton from Montgomery County, is seeking to remain on the court.

Five Democrats, including Moulton, and five Republicans are running in the primary.

One sitting judge on that court, Republican Jacqueline Shogan, has a retention race in the fall.

Two judges will be elected this year for Commonwealth Court, which handles issues related to governmental bodies and agencies, and can be the trial court for lawsuits in which the state is a party.

Judge Julia Hearthway, a Republican, opted not to run for the seat after serving as an appointee. Another appointee, Democratic Judge Joseph Cosgrove, of Luzerne County, is seeking a full 10-year term.

Six Democrats, including Cosgrove, and two Republicans are on the primary ballot. The two highest vote-getters among the Democrats in the primary will face off in the fall against Republicans Paul Lalley, of Allegheny County, and Christine Fizzano Cannon, of Delaware County.

The high court currently has a strong Democratic majority 5-2, and Mundy is running to keep the seat to which she was appointed. Her Democratic opponent is Allegheny County Judge Dwayne Woodruff, who brings name recognition as a former Steelers defensive back. Justices Thomas Saylor and Debra Todd are running for retention in the fall. Neither Mundy nor Woodruff has opposition in the primary.

Primary voters will not get to decide whether to cut the size of the state House of Representatives from 203 members to 151, but the issue might appear on the ballot in the fall.

As a constitutional amendment, the question has to be approved in two successive two-year sessions by both legislative chambers before voters have the final say.

The House and Senate both approved it in the session that ended in November, but so far there's been no movement. It's now too late for the question to be on the May ballot.

Backers say the change would improve how the House operates, and there is little doubt it would have a dramatic effect on the redistricting that will occur after the national census in 2020.

A spokesman for Republican leaders in the House says it is expected to get a floor vote for the required second round of approval sometime this year, perhaps by summer.

Why isn't it on the primary ballot? "Our main thing, honestly, was we were focusing on trying to get a budget," said House GOP spokesman Steve Miskin. His party is in the majority and therefore controls the chamber's voting calendar.

U.S. Rep. Tom Marino, a Republican former U.S. attorney who lives outside Williamsport, is in the running to become President Donald Trump's drug czar. If that happens, it will be up to Gov. Tom Wolf to set the date for a special election. It won't be part of the primary. Once a congressional vacancy becomes effective, Wolf would have 10 days to set a special election, and he has to schedule it at least 60 days in the future.

Mark Scolforo covers state government for The Associated Press in Harrisburg. He can be reached at mscolforoap.org, or followed on Twitter at houseofbuddy.