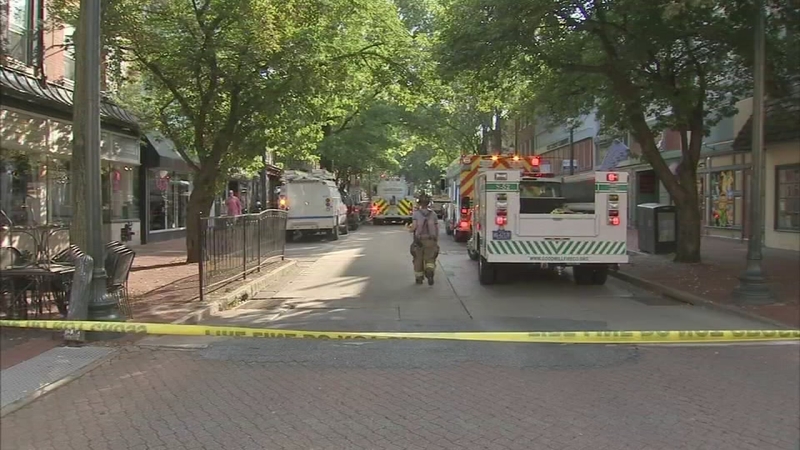 The call of smoke came in shortly before 4 p.m. Wednesday on the 200 block of West Gay Street, near the Justice Center.

Firefighters found a smoldering cable underground and, separately, they responded to a small fire in a house nearby.

"Once we started getting more crews and started checking the residences, we realized it was more than a little more than just underground PECO wires burning and a little fire in a house. We were actually getting high CO readings on the street above the manholes," West Chester Fire Department Chief Mike McDonald said.

Carbon Monoxide became the main threat. Crews evacuated a handful of residents and some businesses.

"As the stuff was burning, it was pushing the gases into the residences and up to the manholes, that's where the CO came from," McDonald said.

Sheriffs telling pedestrians to get off West Gay Street ... PECO says they shut off power to 79 customers due to underground fire @6abc pic.twitter.com/iLBP0mk51N

"There was a firefighter laying on the ground; they brought in a gurney and they were working on him," resident Maria Ruffin said.

"When he came outside the building, he collapsed, and he was unresponsive, momentarily. Once he got out into the fresh air, once the guys started reviving him, he came around," McDonald said.

Four other firefighters were also transported to the hospital.

PECO responded and immediately began repairs on the underground cables, restoring most of the power several hours later.