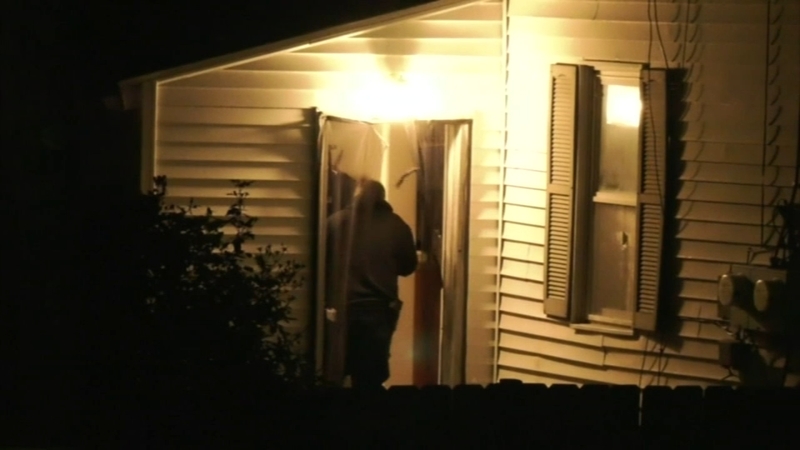 POTTSTOWN, Pa. (WPVI) -- A woman was shot and killed in the bedroom of her Montgomery County home, authorities say.

The Montgomery County District Attorney's Office says, around 6:45 p.m. Sunday, police were called to the home on the 300 block of North Washington Street after the security alarm went off.

They arrived to find the body of 38-year-old Sylvia Williams in a second-floor bedroom. She was dead from a gunshot wound in an apparent homicide.

Police and investigators immediately swarmed the neighborhood, taping off the area while they collected whatever evidence they could find.

Investigators believe Williams was shot to death during a home invasion robbery.

Police were still investigating at the home Monday afternoon.

The Montgomery County District Attorney's Office says it is still in the early stages of the investigation. Police were still investigating at the home late Monday afternoon.