"Process This:" 76ers front and center on SI cover 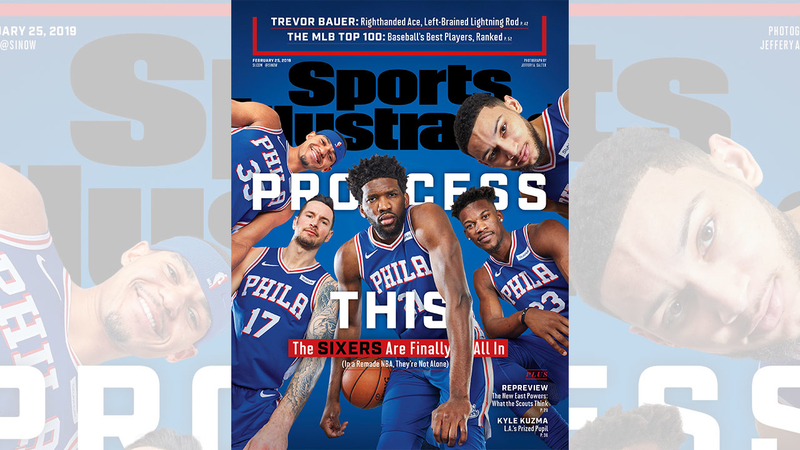 PHILADELPHIA (WPVI) -- The Philadelphia 76ers are finally all in.

That's according to the new cover of Sports Illustrated.

On the cover of the February 25, 2019 issue, the new-look 76ers starting lineup is front and center.

Tobias Harris, JJ Redick, Joel Embiid, Jimmy Butler, and Ben Simmons are looking on, more to the point looking down at the reader, with the words "Process This" embedded as part of the group.

In the cover story chronicling the changes in the Eastern Conference, SI says, "The 76ers traded for the best player of the lot, small forward Tobias Harris-and in doing so created a starting five that warps traditional matchups beyond recognition."

It goes on to say, "The 76ers have been many things over the past few years-embarrassing (to the NBA), adored (by a cult following), snakebitten (Joel Embiid's myriad injuries), fortunate (Embiid's recovery), depressing (Markelle Fultz's jumper), thrilling (last year's playoff run) and completely bizarre (former GM Bryan Colangelo's Twitter scandal)-but they have never been boring. That trend continued when Philadelphia made a large bet on this season by acquiring Jimmy Butler in November; acquiring Tobias Harris from the Clippers was a double down."

The 76ers are currently in 5th place in the Eastern Conference.

Their next game is Thursday night at the Wells Fargo Center against the Miami Heat.