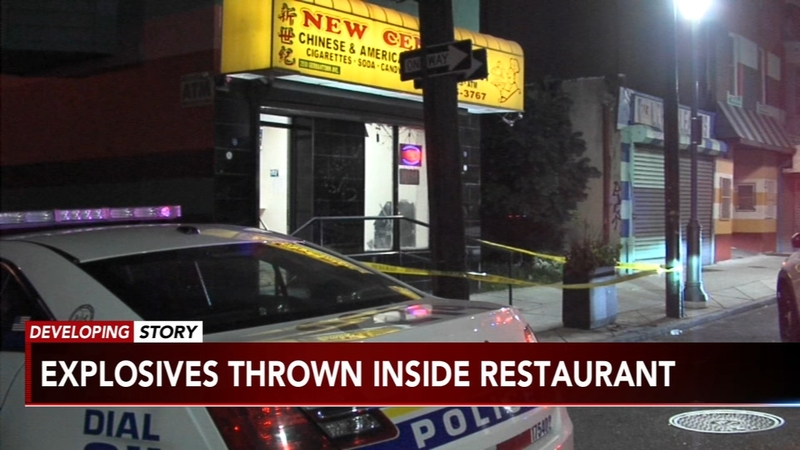 It happened around 1 a.m. at New Century restaurant on the 2500 block of Germantown Avenue.

Police said the men first threw an explosive at an ATM located inside the establishment. They then reportedly threw a second explosive at two employees through a plexiglass opening at the counter.

Neither of the employees were hurt in the incident.

Police said the suspects were unable to retrieve any money from the ATM.