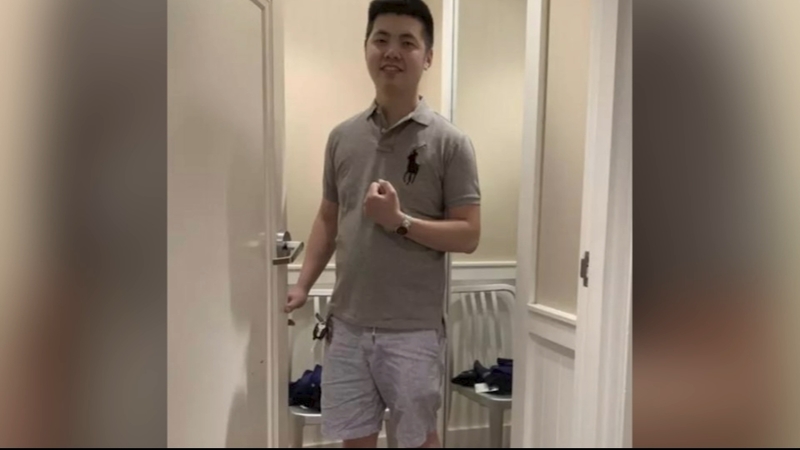 PHILADELPHIA (WPVI) -- Police have released new information about a possible motive in the death of a young father who was punched last month in the city's Juniata section.

According to police, an employee of Wei Lin's restaurant was involved in a fender bender while making a food delivery in the area of L and Luzerne streets on Monday, May 24.

When Lin arrived to the scene to assist, he was punched in the head by Jose Figueroa.

"The suspect came out of nowhere," said the victim's wife, Mrs. Zhang, who only wanted to use her last name due to safety concerns. "My husband collapsed."

Lin was hospitalized for three days before succumbing to his injuries on Thursday, May 27.

On Wednesday, police said they believe Figueroa arrived to the scene "enraged" because the crash involved "a relative of his."

Figueroa is charged with manslaughter.