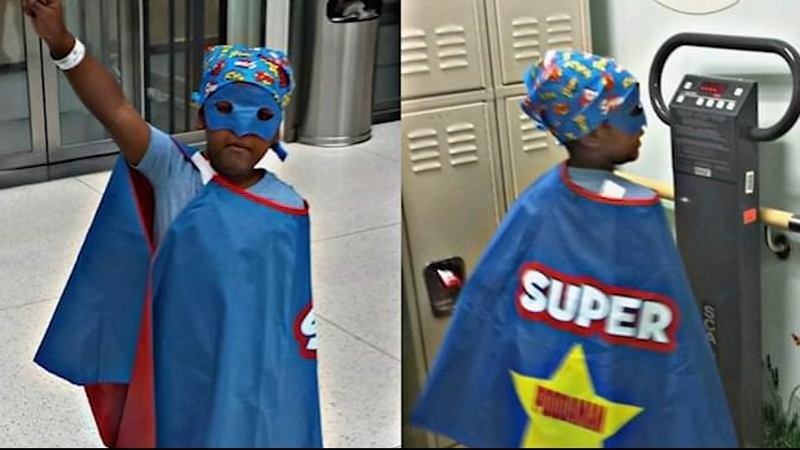 PHILADELPHIA (WPVI) -- A Philadelphia woman has turned a personal tragedy into a mission to help children battling cancer.

A superhero once lived in Latanya Morrison's Port Richmond home. He was a brave little boy named Ahmad whose sidekick was a cheetah.

"He would always put that hand in because he said 'Captain Poodaman!' and he punched his fist in the air because he thought he was a superhero," said Morrison, who founded the Ahmad Butler Foundation.

His grandma still gushes about Ahmad as any grandma would. Along with happy memories, however, comes grief starting with a call from her daughter.

"As a mother, I just grabbed my sneakers, all I heard was her crying," she said.

At 5 years old, Ahmad was diagnosed with cancer.

"I couldn't tell her baby it's going to be ok because I had this gut feeling it wouldn't," she said.

Morrison's home now is almost like a warehouse filled with things she donates to kids with cancer.

"Just the things that you shouldn't ever need, not in America," she said.

Since the start of COVID-19, she's bought groceries for 400 families, assembled 200 care packages, and donated them to children's cancer hospitals nationwide, including St. Christopher's Hospital for Children, where Ahmad was treated.

"He was a star and he was a hero and that was one of the things that they did is to make sure each child feels that they are a superhero," said Robin Capecci, an oncology social worker at the hospital who worked with Ahmad.

Morrison says her next goal for the foundation is to give laptops to kids with cancer. She says when her grandson was sick, going to school gave him a sense of normalcy and in this age of remote learning, she wants to give that chance to other kids.