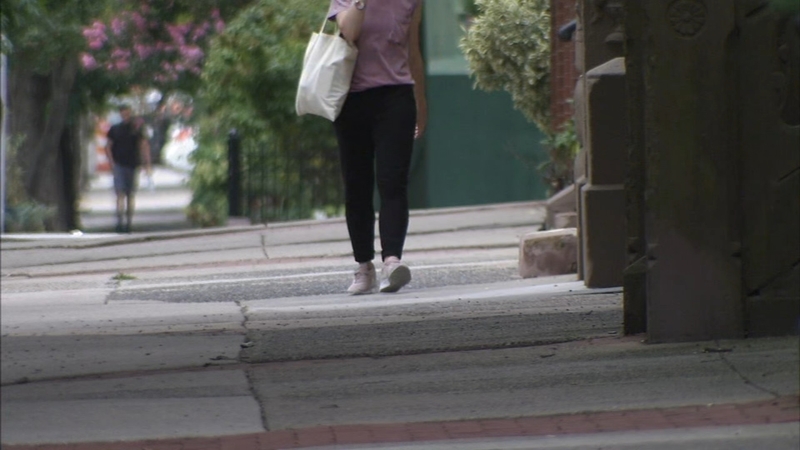 PHILADELPHIA (WPVI) -- There has been a rash of armed robberies centered right in the Spring Garden section of Philadephia. The latest happened in the 1700 block of Green Street.

Police say a man with a gun came up behind a woman at night. All she had was a bag of groceries.So detectives say the suspect took those and ran off.

In fact, over the past three weeks police believe the same man has committed the same type of armed robbery in three locations.

It happened right behind an apartment complex in the parking lot at 10:00 p.m. That's where the suspect stole a man's iPhone, MacBook Air and wallet.

Neighbor Sarah Griffith says you always have to be prepared.

"I think you just need to be with your eyes opened and be cautious," she said.

But what's got neighbors even more worried is the armed robberies are overlapping with a spree of burglaries in the same area.

Last week, we did a story about four home break-ins and burglaries in Spring Garden.

Police believe a man caught on a Ring doorbell camera is responsible for those crimes.

He said, "This happens. You notice when there's an uptick in crime, then we go weeks and months with lulls and nothing."

He says the department needs help.

"You don't have to get involved, just look at your camera," said Doherty.

As for an explanation for all the crime, neighbor Alisha Welcome says many people see a gentrifying neighborhood as a place for opportunity, and in this case, it's to do wrong.