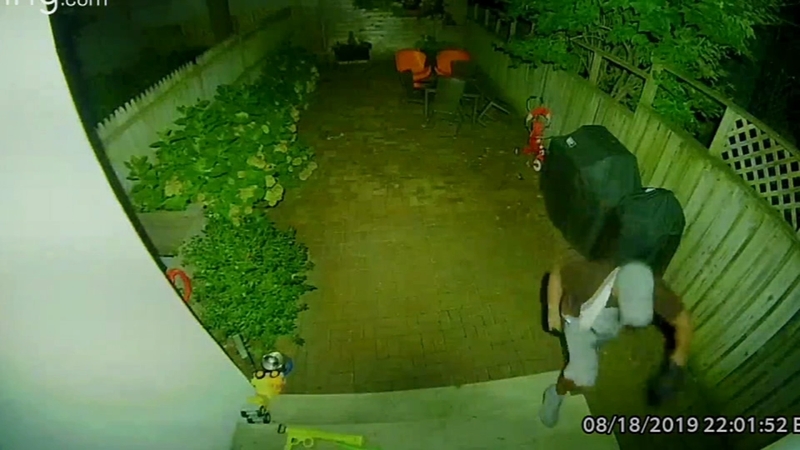 Pattern of break-ins, one violent, in Spring Garden

PHILADELPHIA (WPVI) -- Green and Mount Vernon streets in Philadelphia's Spring Garden section are some of the most peaceful and quiet in the city.

But recently police say a man recently caught on a Ring doorbell video has taken some of that peacefulness away.

Police say over the past two months, the suspect has broken into or at least attempted to burglarize four homes.

Just this past weekend alone, they say he broke into three homes on Green Street.

Philadelphia Police Captain Sekou Kinebrew says the suspect will pretty much take whatever he can get his hands on.

"He'll take personal items, money when he can find it," said Kinebrew.

In fact, at one of the homes on Green Street, he eventually ripped the surveillance camera right off the home.

But what's even more concerning to police and neighbors is the incident that happened in the 1500 block of Mt. Vernon Street back on July 12.

The man is seen on camera pacing in a walkway.

Police say next he attempted to break into one home, but was scared off by the alarm.

So he ran into another home and confronted a couple inside. Things got violent and the couple was injured.