Police say the bystander was able to pedal home and get someone to drive him to the hospital.
WPVI
By 6abc Digital Staff 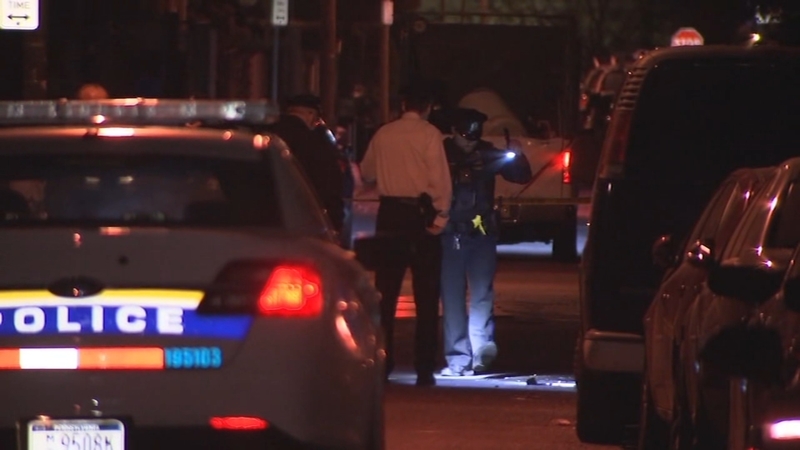 PHILADELPHIA (WPVI) -- Two gunmen fired dozens of bullets in the Lawncrest section of Philadelphia, striking their intended target and a bystander, police say.

The shooting happened around 12:50 a.m. Monday on Rosalie Street by Colgate Street.

Police say the intended target, a 27-year-old man, was shot in the abdomen and both legs.

Family members told police that the victim was standing on his front steps on the phone when a car pulled up.

Police say the 27-year-old victim ran back inside after being shot. He was rushed into surgery at Einstein Medical Center with critical wounds.

While police were gathering evidence, they were notified of a second victim, a 51-year-old man, who showed up at the hospital.

"He told police he was riding his bicycle on Rosalie Street when he was shot in the stomach. We believe, and he believes, that he was struck by stray gunfire," Small said.

Police say the 51-year-old was able to pedal home and get someone to drive him to the hospital.

One neighbor expressed his views to Action News on the gun violence in the city.

The search for the two shooters is underway.