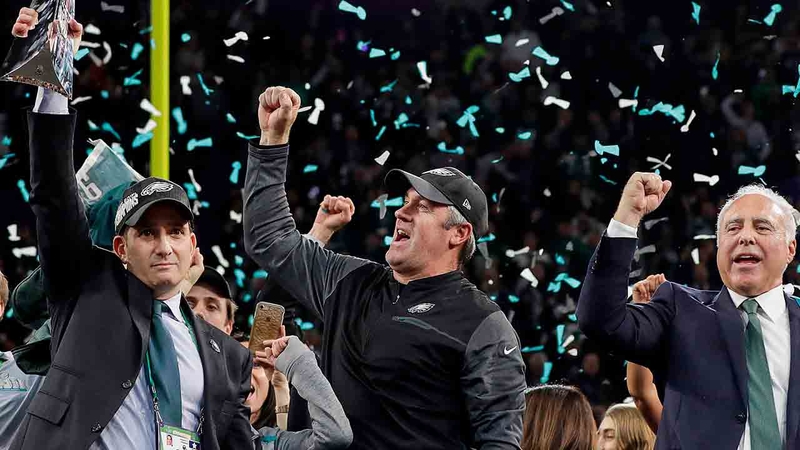 Coming off the franchise's first Super Bowl championship, the team announced the deals an hour before a sellout crowd watched an open practice Sunday night at Lincoln Financial Field.

You might polish off a glazed doughnut in a minute, but here's a behind the scenes look at what it takes to make it for you.

Pederson is entering his third season. He originally signed a four-year contract with a club option for 2020.

Roseman began his career with the team as an unpaid intern in 2000, rose to become the youngest general manager in the NFL at age 34 in 2010, overcame a season in exile in 2015 after losing a power struggle to former coach Chip Kelly and returned to put together a championship team.