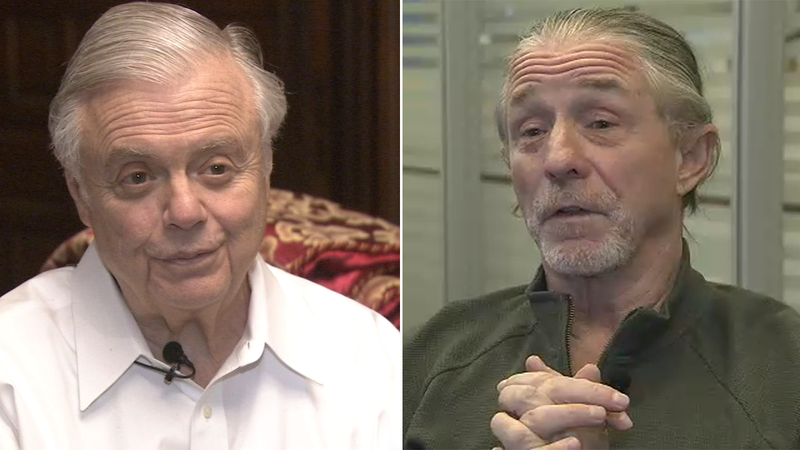 PHILADELPHIA (WPVI) -- Former councilman Rick Mariano and state senator Vince Fumo were the last Philadelphia politicians to have been convicted and sent to prison.

They both spoke exclusively to Action News Thursday about the charges filed against union leader John Dougherty and Councilman Bobby Henon.

"My phone's been ringing off the hook with people that are overjoyed because John made an awful lot of enemies," said Fumo.

Fumo says, for years, they suspected something was amiss at Local 98 and couldn't understand how Dougherty was getting away with it.

"For years people thought John was a confidential informant for the feds," said Fumo.

Fumo's thoughts are that the indictments allege Dougherty urged Henon to push the soda tax as revenge against the Teamsters because he thought they were making him look bad.

In 2009, Fumo was convicted of misappropriating millions from the state and two nonprofits. He completed four years in jail before being released in 2013.

Mariano was sentenced to 6.5 years in prison after being found guilty on bribery charges. He was released in 2010 after serving almost five years.

Mariano says he hopes Henon is able to get out of the trouble.

"I wish he would have listened to me when I told him when I came home from prison, 'Do you trust these people with your future?'" Mariano said.

Mariano, who went from a position of power to delivering hoagies, shudders at what both Dougherty and Henon may go through should they end up in prison.

"I kind of blocked a lot out cause you don't want to think about the stuff," said Mariano.

Fumo says not to mention the costs of going to trial.

"My case cost me $10-million. Fortunately for me, I'd just sold my bank," said Fumo.

Then there's the question of Mayor Jim Kenney and other politicians continuing to accept campaign donations from Dougherty and Local 98.

"Oh, I think the mayor should give back not only that, but the money he got in the last election. I think he has an obligation," said Fumo.

Kenney says he has no plans to give back the donations because they come from members of Local 98.

And finally, Fumo wonders if there's more to come.

"Could be a lot more to come and I think there's a lot of people out there still concerned," he said.

Both Henon and Dougherty have proclaimed their innocence of all charges.