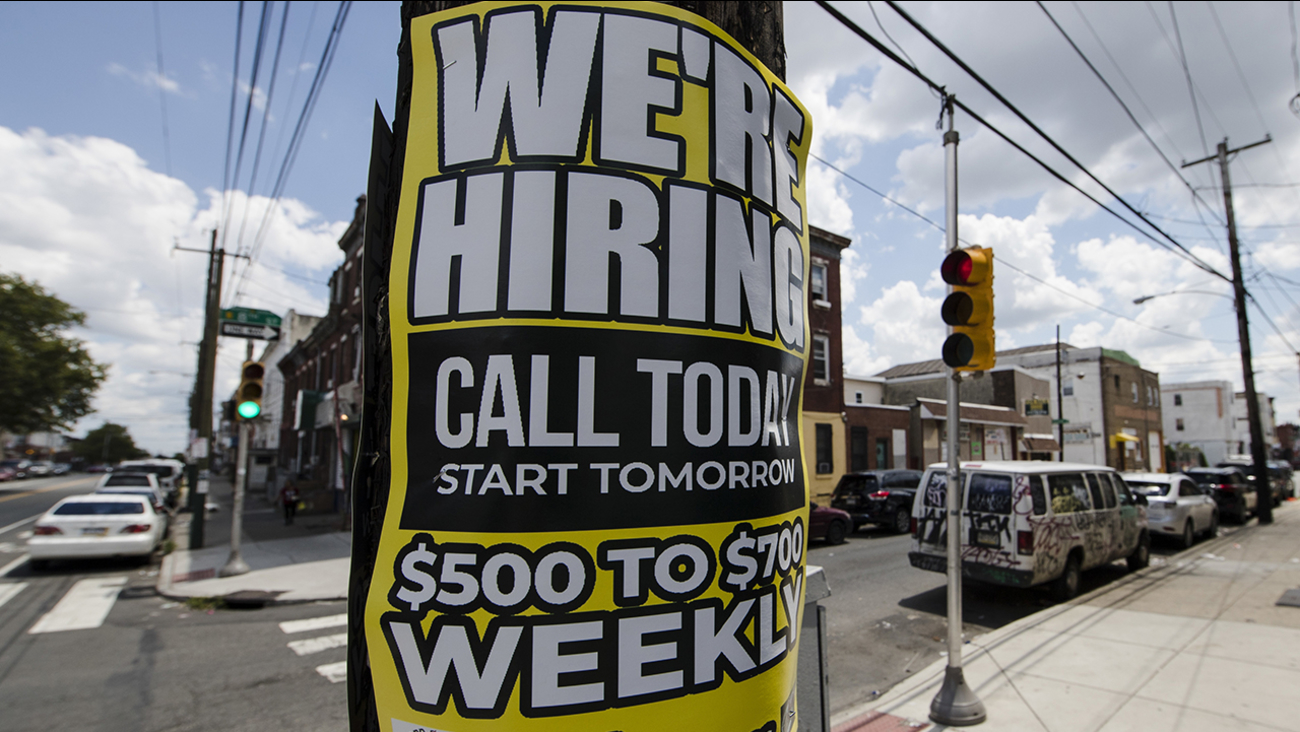 In this July 18, 2018, photo, an illegal sign is seen posted in Philadelphia. Citizens have collected more than 8,500 signs in the action billed as the Bandit Signs Brigade. (AP Photo/Matt Rourke)

PHILADELPHIA -- Philadelphia has been trying for decades to tackle its litter problem and shed itself of the nickname Filthadelphia.

In June, the city and citizen groups tackled one small piece of the big litter puzzle: the posting of illegal signs. Citizens collected over 8,500 signs from around the city in the action billed as the Bandit Signs Brigade. In the fall, the signs will be transformed by local artists and designers into something useful.

"These signs often end up as litter, and a littered community is bad for residents and bad for business," said Nic Esposito, director of the City's Zero Waste and Litter Cabinet.

The city paid groups 50 cents per sign, which ranged from music flyers to predatory offers to buy houses and cars, plastered to utility poles and traffic signs across the city.

Mayor Jim Kenney created the Zero Waste and Litter Cabinet two years ago take on the problem, and this year the group unveiled 31 short- and long-term recommendations on what Philadelphia describes as "a bold goal of becoming 90 percent zero waste and litter-free by 2035."

Although not the highest priority, the illegal signs were something the cabinet had funding to tackle, and the roundup was a fun way to create awareness, Esposito said.

For folks advertising their businesses or music events, the group just gives a call to let them know such postings are illegal, which can come as a surprise, Espositio said. But for the predatory signs, it intends to work on finding and fining the culprits.

The city is working with Trash Academy - a project of Mural Arts Philadelphia, which describes itself as the nation's largest public art program - to transform the signs into something useful. It is be part of a series of Trash Academy art projects that highlight the need to eliminate single use plastics from the waste stream.

The Trash Academy started in summer 2015, spurred by a community meeting in south Philadelphia, said Shari Hersh, a project manager at Mural Arts.

"Above all else, more than green space, more than anything, the community was most concerned about trash," she said. So the Trash Academy was born, working with neighborhoods on education, grassroots organizing and creating innovative solutions to address trash.

Right now, the group is still trying to determine what could be created out of the signs, and is working with a design shop that engages with communities on public art. It will reach out to the public to help create the works during Mural Arts week in October.

"It's important to raise awareness," she said, "that whether you use these signs for good or bad, they are going to be litter or in the landfill."