Building It Better Together: The Battle Against Illegal Guns in Philadelphia 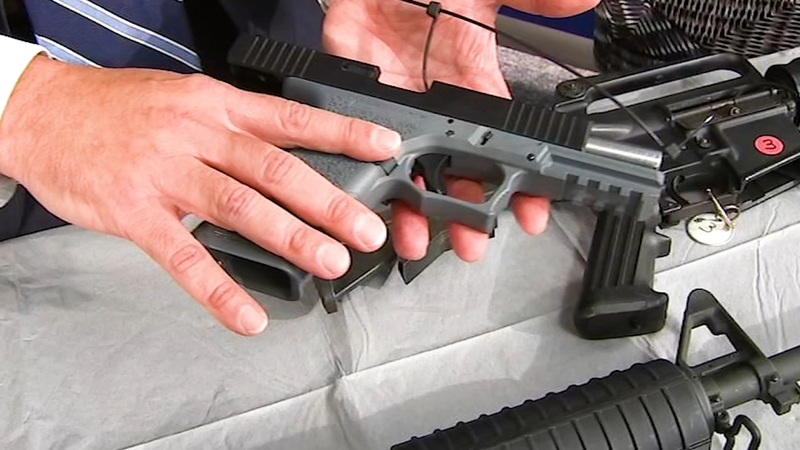 Building It Better Together: The Battle Against Illegal Guns

PHILADELPHIA (WPVI) -- More than 1,400 people have been shot in Philadelphia so far this year.

As the police department works to track down the perpetrators, officers are also recovering illegal guns at record pace.

"Everyone seems to be carrying guns in these neighborhoods," said Asst. Special Agent in Charge FBI Jim Christie.

Philadelphia is setting records this year when it comes to the number of dangerous weapons recovered on the street.

"If we were to project, we're on pace to recover almost over 6,000 guns, illegally owned crime guns, off the streets of Philadelphia," said Police Commissioner Danielle Outlaw.

As part of the "All Hands on Deck Initiative," the Bureau of Alcohol, Tobacco and Firearms is assisting Philadelphia police in taking crime guns off the streets.

Another concern for the ATF is ghost guns, or personally manufactured firearms.

They have no identifying markers and are untraceable.

The parts alone are not illegal and are easy to purchase. But if manufactured and used for crime, Acting US Attorney of the Eastern District of Pennsylvania, Jennifer Arbittier Williams, will get creative.

"People should not be under the false impression that just because they have a ghost gun they can escape prosecution, that is not the case," she said.

The ATF is assisting the Philadelphia Police Department in test firing and lifting the "fingerprints" of crime guns.

That evidence is left behind on shell casings recovered at crime scenes then entered into the National Integrated Ballistic Information Network, which can make a match between a bullet and a gun.

That can happen within 48 hours.

That national database is just one tool available to our local police when partnering with federal law enforcement.

For more on the patterns federal and local partners are seeing, and the technology being utilized and the lessons learned, check out our full panel discussion below:

With the number of shootings soaring in the city, local law enforcement is leaning on backup from federal agencies.