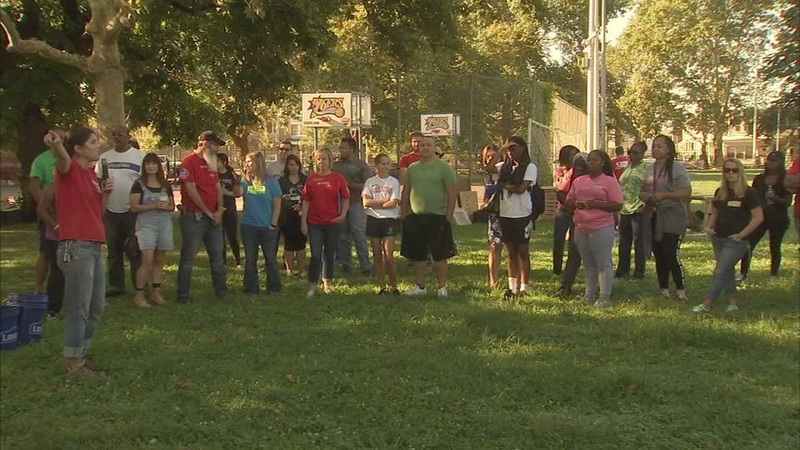 BREWERYTOWN (WPVI) -- Habitat for Humanity was back in action this week in North Philadelphia, working on a project aimed at benefiting an entire neighborhood.

A new kitchen floor being built to cover holes, careful strokes of white paint bordering brand new windows. These are just a few of the repairs being done to Darryl Williams' home.

Williams' has lived in his Brewerytown home for two decades. Critical repairs were needed, and now he is getting them.

"They helped a whole lot because I really needed it. It is a blessing," said Williams.

For the second year, Habitat for Humanity Philadelphia and Lowe's are teaming up to help revitalize the North Philadelphia neighborhood.

Lowe's awarded the organization a $250,000 grant to make repairs to ten nearby homes and the Athletic Recreation Center, described as an anchor in the community.

"Kids from the neighborhood have a safe place to come play after school, elderly residents come to have green space," said Habitat for Humanity CEO Corinne O'Connell.

A hundred volunteers are helping to fix the bleachers, build out the recreation center's gardens and green space, construct miniature community libraries and more.

Mayor Jim Kenney showed up to lend his support.

"It's important that we invest in our neighborhoods to maintain our facilities. Our kids should have equal or better access to facilities as kids in the suburbs," said Kenney.

"The better condition we can keep it in, the more it will be used in the community and it will be an asset for years to come," said volunteer Herman Arce.