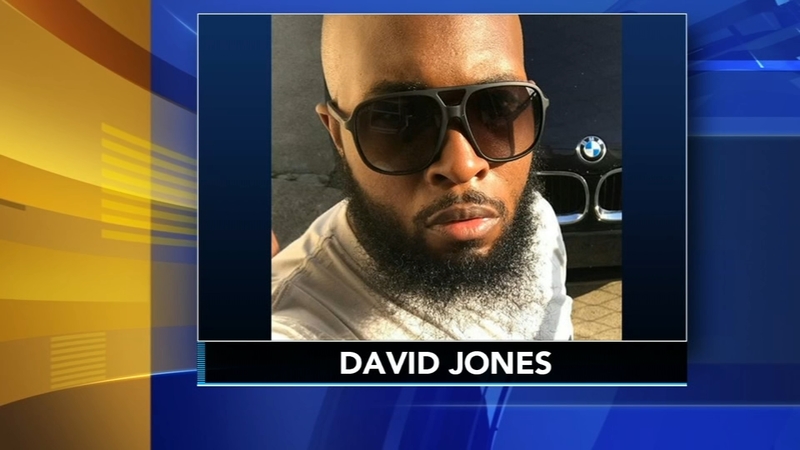 PHILADELPHIA (WPVI) -- Philadelphia has agreed to pay $1 million to the family of a man fatally shot in the back by a police officer.

City officials announced the settlement with the family of David Jones on Friday, saying that it was not an admission of liability. City Solicitor Marcel Pratt says Jones' family asked to resolve the claims without a civil lawsuit to prevent reliving the June 2017 shooting in Hunting Park.

"The family of David Jones asked the City of Philadelphia to resolve their potential legal claims against the City without the need for a civil lawsuit, which would have caused the family to relive this tragedy and the agony of their loss through a potentially lengthy litigation process. Mr. Jones' family and the City have agreed that this settlement is in the parties' best interests," Pratt said in a statement.

Officials said Jones was on his dirt bike and allegedly committed traffic violations when he was pulled over by Pownall.

In September, District Attorney Larry Krasner said there was a confrontation, Pownall attempted to shoot Jones, but his gun jammed.

He said Jones tossed his own gun to the ground and began to run away.

Krasner said Jones' gun was recovered by investigators about 25 feet in the opposite direction from where he was shot.

In statement Friday morning, Mayor Jim Kenney said, "The shooting death of David Jones was a tragic incident, and I hope this resolution will begin to assist his family in moving forward after what they have been through. My administration remains steadfast in its commitment to ensuring all people in our City receive fair and equal treatment at the hands of law enforcement officials."

"The number one priority of PPD is the preservation of life. The use of deadly force by police officers in Philadelphia should be a last resort. The PPD's policy is that officers will use deadly force only where there is an immediate threat of death or serious physical injury to themselves or another person. We continually find ways to improve police strategies and techniques, and to provide officers with comprehensive and up to date training on the use of deadly force. At the same time, the PPD is committed to protecting and upholding civil rights in our City. These commitments are evidenced by the PPD's acceptance of nearly all of the U.S. Department of Justice's recommendations outlined in their audit report by The Department of Justice, Office of Community Oriented Policing Services (COPS Office) in March of 2015."

Attorneys representing Jones' family said his death was a tragic and senseless loss of life.

"David Jones was loved by countless family members and friends and will always be remembered as a hard-working citizen who was dedicated to his family and friends. The death of David Jones was completely preventable and his family hopes that lessons are learned from this tragedy," John M. Dodig and Robert J. Levant of Feldman Shepherd Wohlgelernter Tanner Weinstock and Dodig, LLP and Philip Steinberg of Schatz and Steinberg, P.C. said in a statement.