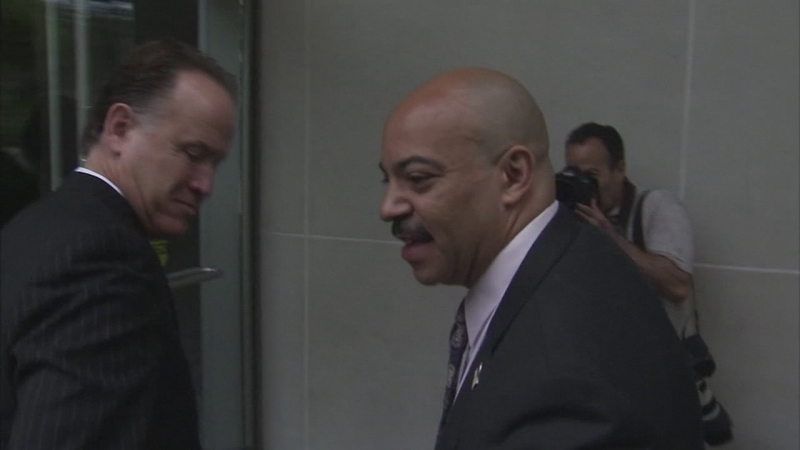 Sullivan was a chief inspector back in 2012 and in charge of the department's homeland security detail, which monitors Philadelphia International Airport and other locations.

He testified that Williams contacted him on behalf of a constituent, Mohammad Ali of Feasterville, Pa., telling him Ali felt he was being racially profiled because of his name and his Muslim religion.

Sullivan told the jury he did contact federal officials about the complaint and even had an officer expedite Ali's passage through security on one occasion.

Later, Sullivan said, Williams invited him to lunch with both Ali and Williams at the Union League, and Ali raised the complaint again.

Sullivan said he recommended Ali apply for global entry status, but that was turned down.

Sullivan says he felt "uncomfortable" at that Union League lunch.

He told the court the FBI advised him to stay away from Ali and tell Seth Williams the same thing.

Sullivan said he did tell Williams about that warning.

"I just know that I fulfilled my responsibility to him," Sullivan told Action News as he left court Monday morning. "And thanks to the relationship I have with the other federal agencies, the right information eventually came to light."

What Williams, Ali and Sullivan did not know at that time was that Ali was being investigated by federal agents for suspected international money laundering.

That investigation never turned up any criminal activity by Ali.