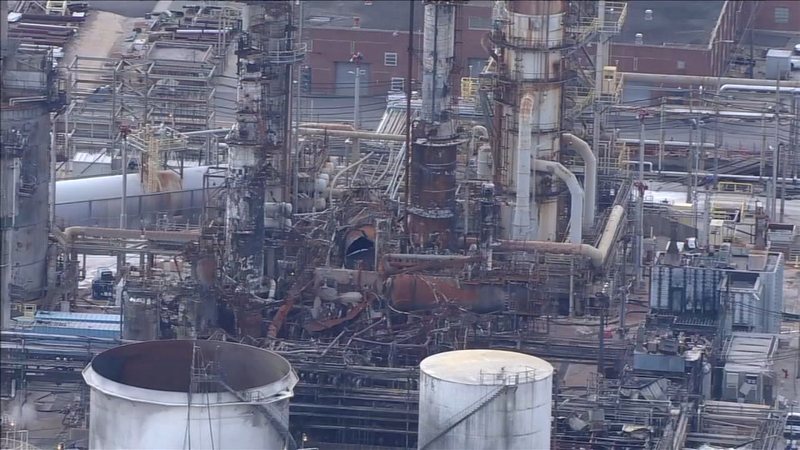 PHILADELPHIA (WPVI) -- An odor being reported across Philadelphia on Thursday has been traced back to the PES Refinery in South Philadephia.

Chopper 6 was live over the PES Refinery after calls from homes and schools about an odor around 1 p.m.

Chopper 6 over PES Refinery after reports of smell in Philadelphia on November 14, 2019.

Officials tell Action News the smell was due to cleaning and disassembling pipe at the refinery which released an odor.

The fire department's Hazmat Task Force conducted air monitoring and did not detect hydrogen fluoride or other potentially volatile substances.

The odor release has stopped and the incident has been placed under control.

The refinery is the same site of a massive explosion this summer.