Fans whose photos were hit by homers to get Phillies tickets, autographs 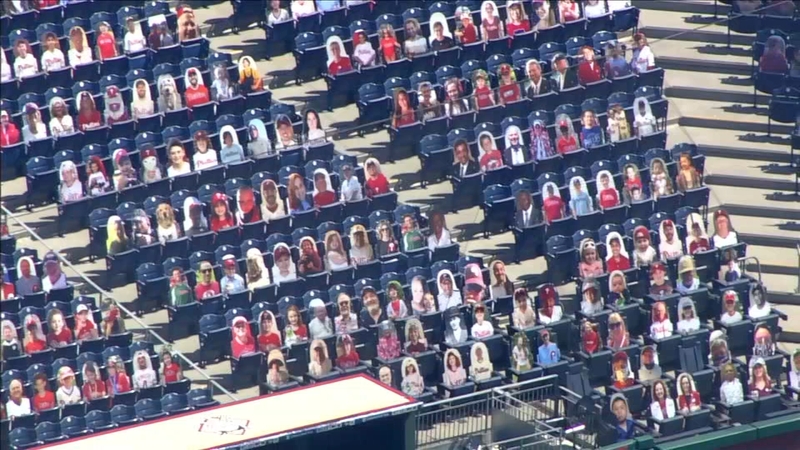 PHILADELPHIA (WPVI) -- They say no pain, no gain.

The Philadelphia Phillies announced 48 cutouts have been hit by home run balls at Citizens Bank Park this season.

As an olive branch, the organization will offer those fans tickets to a 2021 game and a swag bag of promotional items.

With the COVID-19 pandemic keeping Philadelphia Phillies fans from attending Opening Day, Color Reflections in Northern Liberties has been busy, tasked with filling seats with cutouts.

The players who hit the homers will also sign the cardboard photos and the cutouts will be returned to their owners.

The Phillies say it's a way to apologize and to thank their fans.

48 cutouts were hit by Phillies home run balls at Citizens Bank Park this season. To apologize to (and thank) those fans, the players who hit the homers signed their cutouts to be returned to them!

These fans will also get tickets to a 2021 game & a package of promotional items. pic.twitter.com/yih3kTlwqI

This summer, Color Reflections in Northern Liberties gave Action News a behind the scenes look at how they create the cutouts.

Once a photo was emailed, it went through a UV printer and was then clipped into a cutout.