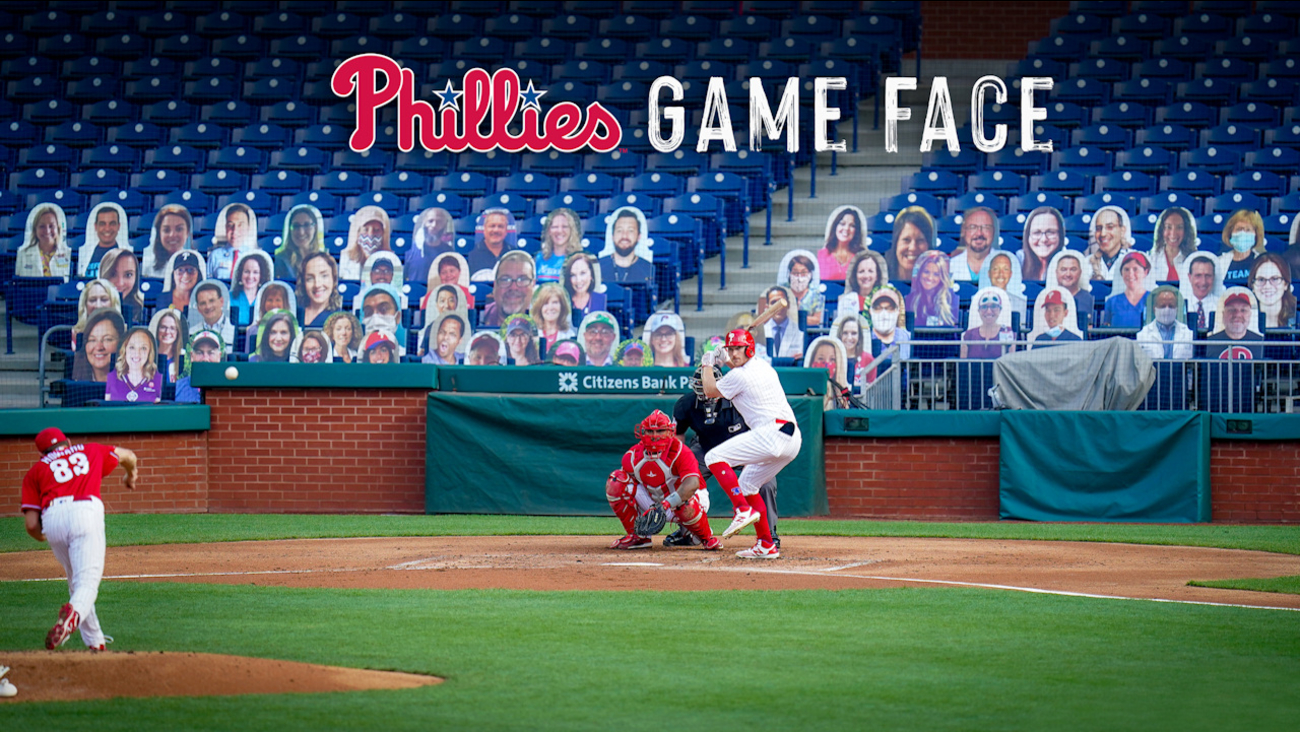 PHILADELPHIA (WPVI) -- Though no fans will be allowed in the ballpark for Opening Day, the Philadelphia Phillies will be honoring health care workers by giving them the best seats possible.

The 'game face' images of doctors, nurses, and staff from Neumours Children's Health System and Jefferson Health will be placed on the Diamond Club seats directly behind home plate at Citizens Bank Park during Friday night's game against the Miami Marlins.

The high-resolution photos are currently being printed, the Phillies said in a press release Wednesday.

You can have some fun at Citizens Bank Park this summer - at least outside of it.

Each color image cutout will be 18" x 36", featuring medical workers in various poses while wearing their respective hospital uniforms and/or Phillies gear.

"We are proud to honor the countless healthcare heroes who have shown extraordinary care and commitment to our community during this pandemic," Phillies Executive Vice President David Buck said. "As our broadcast cameras capture the 'crowd' on Nemours Opening Day, we want our doctors, nurses and healthcare workers to know that we are so grateful for their sacrifice and courage."

Hundreds of Phillies 'game face' images will make their debut during Friday's broadcast of the home opener.

The Phillies say the images of the health care heroes will remain for the duration of opening week at Citizens Bank Park.