An officer opened a side door to the office, and that's when the Dondrick Massey-Burch lunged with the screwdriver, officials say.
WPVI
By 6abc Digital Staff, Maggie Kent and Bob Brooks 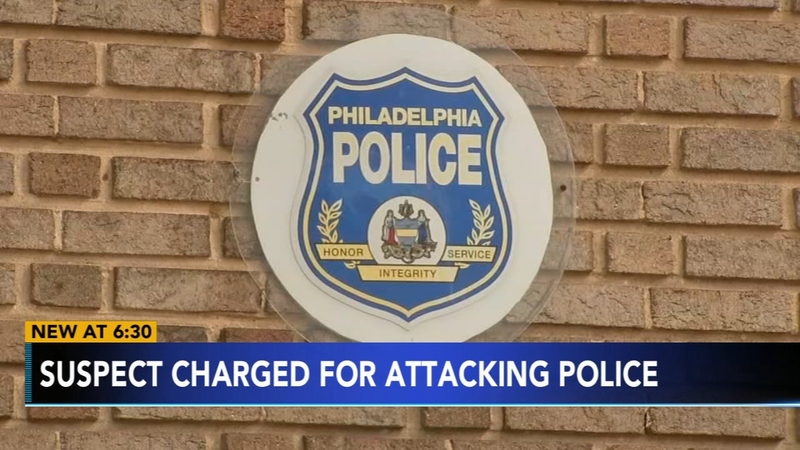 Man charged after allegedly lunging at Philly officer with screwdriver

PHILADELPHIA (WPVI) -- The man who was shot by Philadelphia police after allegedly lunging at an officer with a screwdriver has been identified and charged, the district attorney's office said Thursday.

Dondrick Massey-Burch has been charged with Aggravated Assault, Possession of Instrument of Crime, Simple Assault, and Reckless Endangerment in the Wednesday incident at the 39th District building.

Police said Massey-Burch was trying to communicate with an officer through protective glass, but the officer couldn't hear him because he was wearing a mask.

The officer then opened the locked side door to the office, and that's when the man lunged with the screwdriver, officials say.

There was a physical struggle involving the three officers inside.

One of those officers, described as a 32-year-old woman with seven years on the force, fired her weapon.

Massey-Burch was shot in the torso. He was taken to the hospital where he was listed in stable condition.

The officer who was injured was taken to the hospital to be treated. He has since been released.

A second officer sustained upper-body injuries to his arm and elbow.

The female officer was not physically injured.