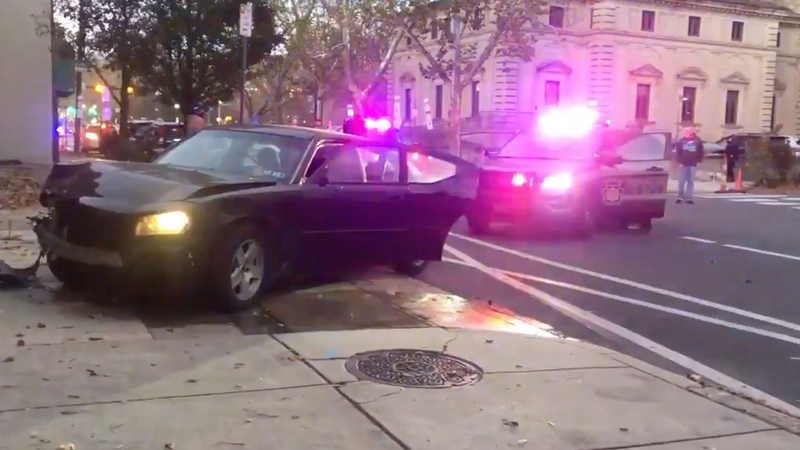 PHILADELPHIA (WPVI) -- Two juveniles are under arrest in connection with a police chase that ended in a crash in Philadelphia on Tuesday.

It happened just before 5 p.m. in the area of 22nd and Winter streets.

Pennsylvania State Police say troopers were pursuing a vehicle in the city when the driver crashed into a parked car along 22nd Street.

Driver crashes after going the wrong way trying to evade @PAStatePolice in Center City. Driver hit a parked car, totaled his car and fled on foot. He ran towards the Schuylkill River trail with police on his tail. @6abc pic.twitter.com/JgyHoQ4QnS

The suspects were able to flee on foot after crashing but were later arrested on the Schuylkill River Trail.