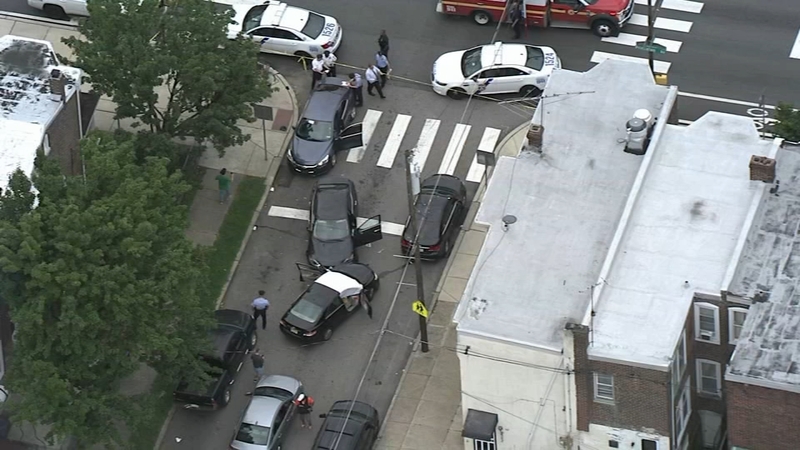 PHILADELPHIA (WPVI) -- Philadelphia police has released the name of the officer who fatally shot a drug suspect in Philadelphia's Tacony section on Monday.

He is Richard Nicoletti, a 29 year veteran of the force.

Police say Officer Nicoletti was next to the driver's side door of the suspect's Toyota Camry as six officers from the narcotics field unit tried to take 36-year-old Jeffrey Dennis into custody on the 7100 block of Hegerman Street.

When Dennis allegedly struck police vehicles and one of the officers in an attempt to get away, Officer Nicoletti fired three times, striking Dennis in the left arm and head.

Dennis' family calls the officer's actions not only unjustified, but criminal.

"We believe that it was pre-meditated and the evidence will support the charge of murder," said attorney Lee Merritt. "He should be convicted and appropriately sentenced for his crimes."

The head of the Philadelphia police union says there should not be a rush to judgment.

"You know it seems the officers are being targeted here, everything is coming under fire for them doing their jobs to protect the community," said FOP president John McNesby. "We are asking that a fair and impartial investigation take place, no matter how long it takes"

The Pennsylvania Attorney General's Office is handling the investigation.