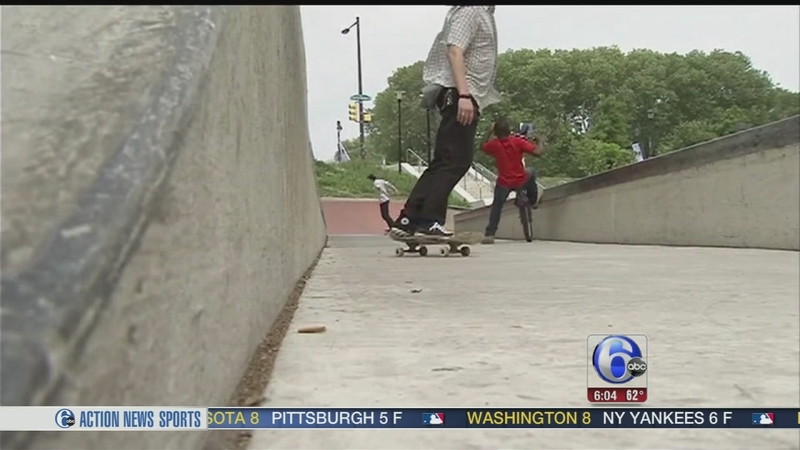 PHILADELPHIA (WPVI) -- Philadelphia police are looking for the man who approached five young boys at a skate park and went on to pose them for pictures of their bare feet.

The Special Victims Unit says the incident happened on May 10th at 7 p.m., but wasn't reported until a few days later.

The boys ranged in age from nine to 11 years old.

They were at Paine's Park on 24th Street near the Schuylkill River when the suspect approached.

The man offered the boys sodas and sandwiches if he could take photos of their feet, one of the children reported.

Police say the boys went with the man behind the Art Museum, where he posed them in various positions and took the photos of their bare feet.

He then offered the boys money if they returned the following week, the child told police.

There is only a vague physical description of the suspect. Police say he is a black male standing from 5'7" to 6'1" tall and can be anywhere from 30 to 60 years old.

He also reportedly told the children he worked at the shoe store.

Investigators say the man has either acne or some kind of skin condition on his face.

The young people who come to practice their skills in this new spot told us there is never any trouble here, despite the fact that skaters come from all over and they're all different ages.

"That's what i've seen at skateparks nationwide. People take care of themselves and look out for each other," said Austin Blakely of Fishtown.